Activists cheer as Sonia back as Congress chief 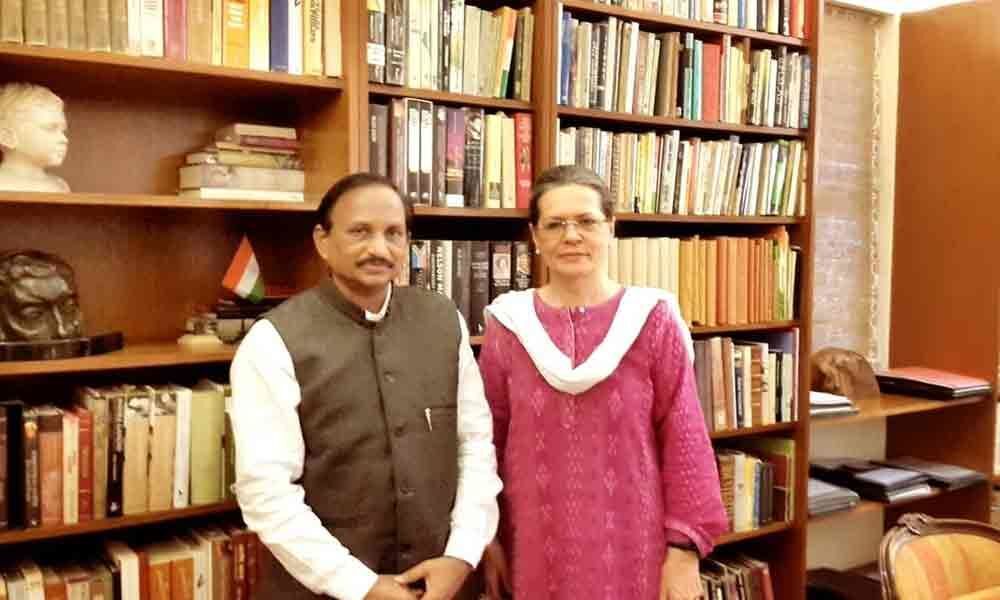 Sonia Gandhi back on the saddle as Congress president was hailed by Congress activists and leaders.

Mandapeta: Sonia Gandhi back on the saddle as Congress president was hailed by Congress activists and leaders. At the meet organised at Congress party office here on Sunday, AICC member, senior Congress leader, PCC official spokesman and Congress Mandapeta in-charge Kamana Prabhakara Rao said that Sonia Gandhi took charge in the year 1998 when the party was out of power and led the party to great victory in the year 2004. Besides this, she was instrumental in bringing the party back to power in the year 2009.

Prabhakara Rao also said that despite getting opportunity to become Prime Minister twice, she did not utilise the opportunity and made Dr Manmohan Singh as Prime Minister. He exuded confidence that the Congress will stage a comeback. Congress activists and leaders participated in large numbers.