All set for smooth conduction of election in Kadapa district 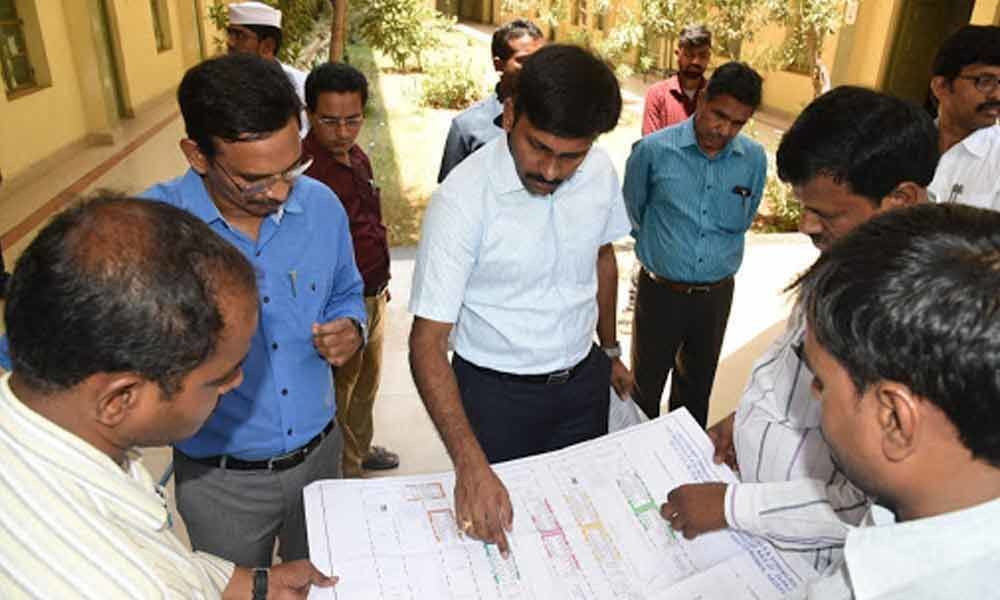 A stage has been all set for smooth conduction of election by the administration on 11th April that is Thursday. Election will be held from 7:00 AM to 6:00 PM.

Kadapa : A stage has been all set for smooth conduction of election by the administration on 11th April that is Thursday. Election will be held from 7:00 AM to 6:00 PM.

In view of conducting elections in proper manner administration is proposed to utilize 6,560 EVMs, 6,900 VV Pats in all 10 assembly segments including Kadapa, Rajampet Parliamentary Constituencies.

According to the district election officer Ch Harikiran as m any as 18,788 polling personnel (1+5 for each polling booth), 573 micro observers, 326 sector officers, 326 route officers, 2,723 BLOs, 832 videographers, 2,000 web casting crew as been deployed for smooth functioning of electoral procedure.

Collector said in view of facilitating voting right properly for blind persons Election Commission of India has introduced Braille ballot papers first of it's kind in the district. There are 5,000 blind voters existing in all 10 assembly segments 2 Parliamentary Constituencies in the district.

Collector detailed RS 5.58 crores cash, RS 99 lack worth gold, rold good ornaments, sarees, 1.50 crores worth 40,000 liters of liquor was seized during the inspections since announcement of election schedule. Cases were booked against 140 persons.

" In view of preventing untoward incidents we are utilizing body warn cameras, CC cameras, Hand cameras designed with highly sophisticated technology. No question of sparing any one who tried to disrupt election procedure" he warned.