Aurabindo workers to go on strike on May 21, 22 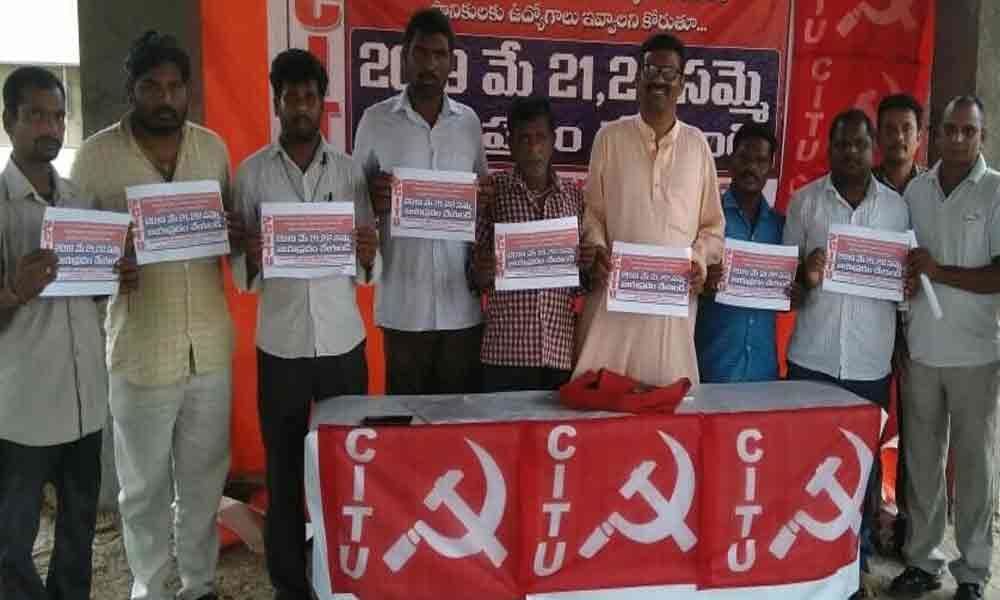 Aurabindo pharmaceutical company workers will go on strike for two days on 21 and 22 May by demanding to solve their issues.

Srikakulam: Aurabindo pharmaceutical company workers will go on strike for two days on 21 and 22 May by demanding to solve their issues. On Tuesday the company workers union leaders released a wall poster on strike under the aegis of CITU at Ranastalam.

Speaking on the occasion CITU state vice-president Duppala Govinda Rao said that Aurabindo management has intentionally been neglecting the demands of workers for the past 3 months. The company management not providing employment to local qualified youth, he lamented.

The company not spending funds for development of villages which are being affected by the pollution from the company. Even the management not allotting funds under corporate social responsibility (CSR) for welfare of poor people residing in different villages located near the company, the CITU leader said.

He demanded regularisation of contract workers. He also found fault with the management on removal of workers from services for small reasons. The company management yet to pay gratuity to the family members of 200 deceased workers, he elaborated. Aurabindo workers union leaders, L Rambabu, M Surya Rao, S. AppalaRaju and others were present.