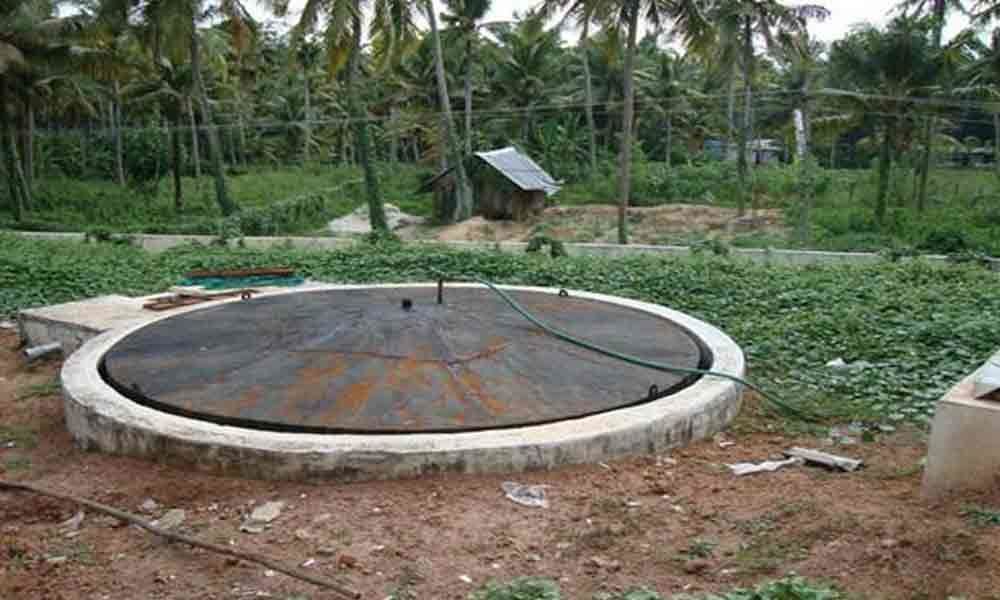 The generation of biogas which is being used as cooking gas in rural areas is said to be on declining trend in the last couple of years in East Godavari.

Kakinada: The generation of biogas which is being used as cooking gas in rural areas is said to be on declining trend in the last couple of years in East Godavari. Urbanisation, lack of interest on the part of farmers for cattle care, migration of farmers to urban areas for education of their wards are said to be some of the reasons for decline in biogas generation.

The generation of biogas picked up momentum in the last decade with special incentives given by the government for effective utilisation of cattle dung. Even the NREDCAP, the nodal agency for monitoring biogas generation reduced its targets due to less availability of cattle.

The agency which used to monitor the biogas plants 450 to 500 in numbers during 2014-15 and 2015–16 per year, found the numbers come down to 200 now. For construction of biogas plant, Rs 30,000 is required of which, NREDCAP provides Rs 11,000 towards subsidy. Nearly 3 to 4 cattle are required for generation of biogas for a family of six members. The slurry after fermentation is used as manure for vegetables, flowery culture and allied crops.

According to NREDCAP authorities, unlike the LPG, which is highly inflammable if exposed to atmosphere, the biogas will not have any such danger.East Godavari NREDCAP District Manager G Satyanarayana says the dwindling numbers of cattle due to different reasons affected the biogas generation in the district. Apart from cooking gas, the slurry after the biogas generation will be used as natural fertilizer.