Cabinet discussing on merger of APSRTC in Government 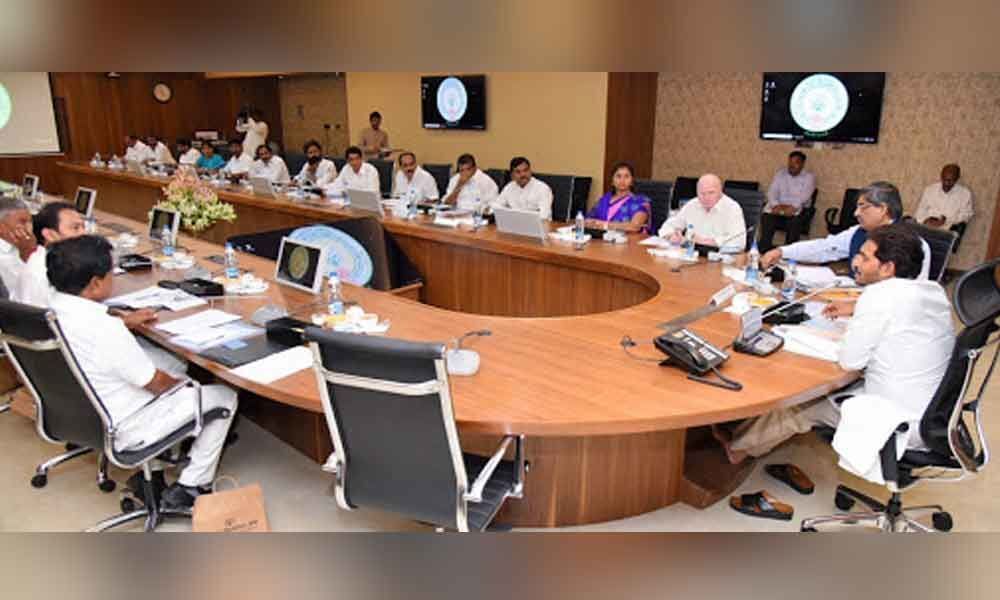 The first cabinet of Chief Minister YS Jagan Mohan Reddy has been discussing on proposal for merger of APS RTC in the government, at Secretariat now.

Amaravati: The first cabinet of Chief Minister YS Jagan Mohan Reddy has been discussing on proposal for merger of APS RTC in the government, at Secretariat now.

With this initiative about 53,261 employees working in the APS RTC will get benefitted. After merger, the APS RTC employees also will get the same benefits like that of the state government employees.

On the other hand, since the RTC is a corporation, it has been paying taxes for diesel purchasing for buses. After merger, the taxes may be exempted, which reduce additional burden on the institution. The state government will have to allocate separate budget every year to the RTC as in the case of other departments.

Running buses to rural areas became huge burden on the Corporation, for instance for operating Palle Velugu services it has been incurring loss of about Rs 750 crore per annum. Hence, the RTC has been removing services to the villages. After merger, this problem could be addressed.

On the other hand, more than 70 percent of the buses in the RTC have to be replaced as their service period expired. It is another major burden on the Corporation. Now, the state government could take the responsibility and replace with new buses.