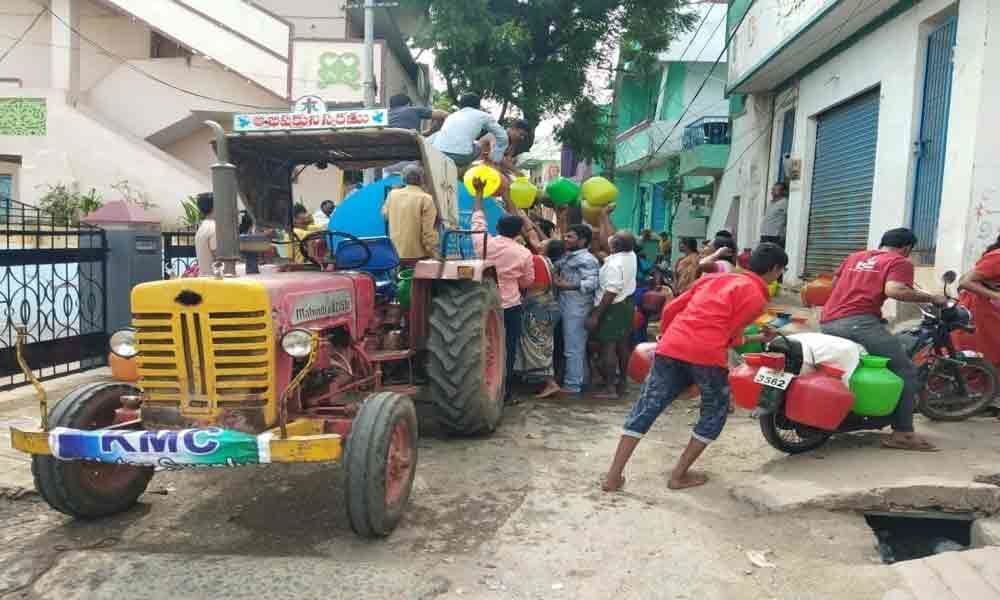 However, the people in Kurnool district continue to face drinking water scarcity. Though water is flowing through Kurnool town the residents are getting drinking water once or twice in a week.

On several occasions the residents staged protests demanding to resolve drinking water woes, but the officials are least concerned to address the problem. In addition to Kurnool, several villages on western part of the district are also facing water shortage.

S Venkata Rathnam, resident of Swami Reddy Nagar said that the residents get water once in a week and it has become a difficult taks to lead life. Supplying water through water tankers is leading to physical fights among the residents.

On several occasions the residents are forced to purchase water after paying hefty money, he said. He alleged that the authorities of Corporation are much interested in collecting taxes rather than addressing the people's problems.

A source of Municipal Corporation has said that the city requires at least 70 million litres per day. But, only ten percent of the total requirement is being meted.