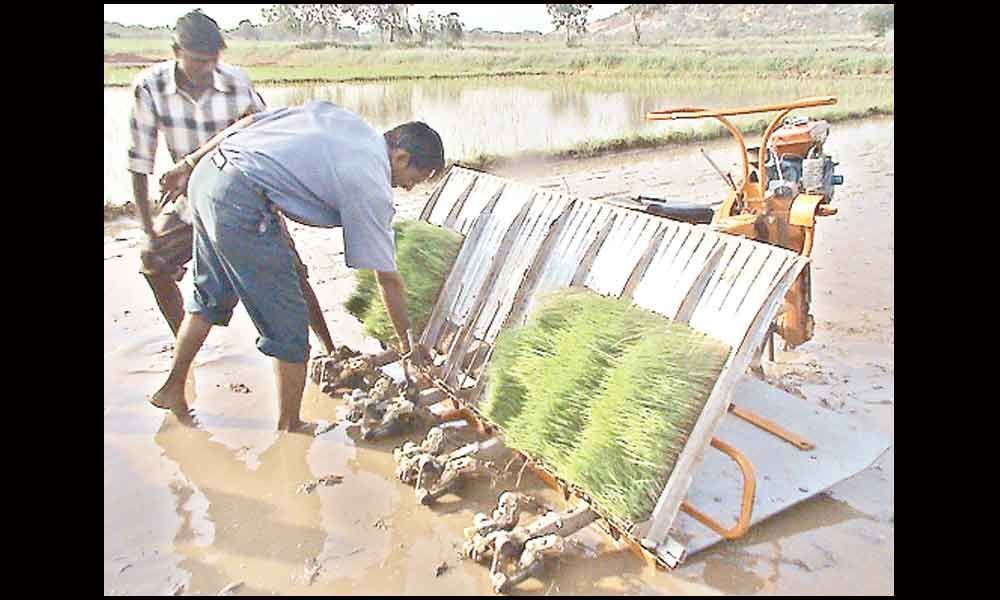 Anantapur: Jayarajan, a farmer from Tanjavurin Tamil Nadu and Thimappa from Chintamani in Karnataka are among the 100 master trainers in agriculture who are delighted at the opportunity to learn at one of the prestigious Central Training Institute in Agriculture located in the Garladinnemandal in Anantapur district.

They say that the training was very useful and productive. ``We got lot of exposure on automation and had been trained on handling machines that made agriculture operations hassle-free.

Not only have we learnt so much on automation, but we are now trained and fully equipped as master trainers to train farmers locally," stated the farmers from Tamil Nadu and Karnataka.

The Farmers Training Institute is aimed at preparing master trainers who in turn can train farmers in their regions on several aspects of farming.

Most of the trainees are being used as resource persons in their region by agriculture departments.

The Southern Region Farmers Machinery Testing and Training Institute (FMTTI) located in Garladinnemandal in the district is one of the four prestigious institutes in the country and the lone institute for the entire South India.

They are trained in automation and operation of the farm machinery of various kinds suitable to different geographical regions in the country.

Sirisha and Anitha, agriculture polytechnic students, who came here on an exposure trip, are elated at the exposure on automation and the opportunity to handle machinery.

They say the exposure has given them self-confidence and a sense of achievement.

The trainees are taught extensively on farm mechanisation, soil testing, crop suitability in different climates and in the operation of the latest farm machinery.

Apart from farmers who believe in model farming, agriculture students come here for exposure trips on farm mechanisation and to have exposure to farmers from throughout the country.

Senior Agriculture Engineer PCMeshram talking to 'The Hans India' stated that the institute caters to farmers in the district on demonstration of agriculture machines including tilling machines, crop harvesting machines and paddy transplantation machines. Demonstration camps are organised in fields at the request of farmers.

For sustainable development of agriculture and enhancement of land productivity, improved implements and quality Agricultural machines are important.

They help to achieve timeliness of farm operations enabling efficient use of other inputs such as seed, chemicals, fertilisers and water.