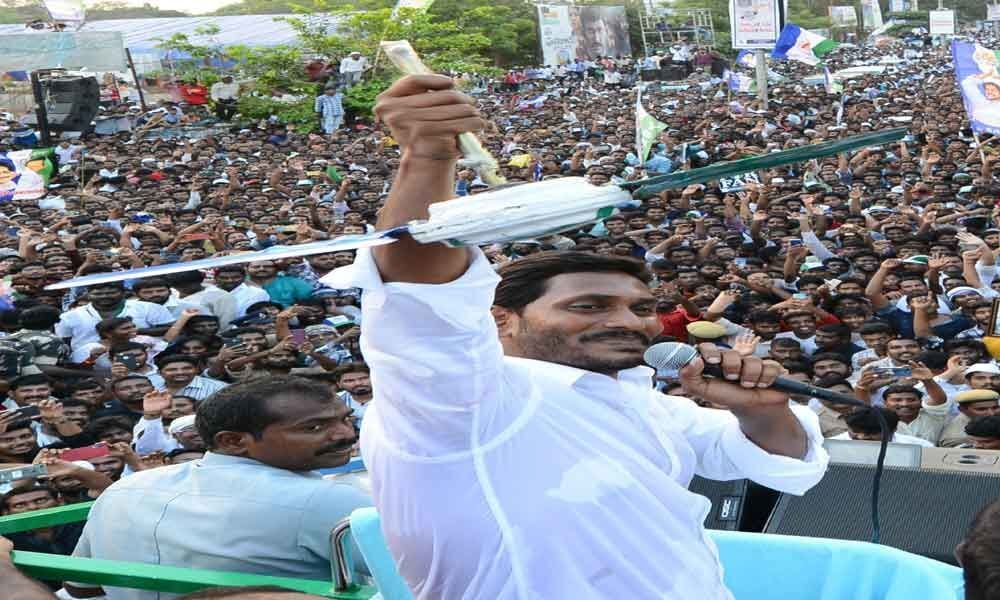 He said that the State government has been protecting the criminals and corrupt leaders in the city. He recalled that the CID booked cases against TDP MLA Bonda Umamaheswara Rao and his wife on charges of land grabbing. He wondered as to how the MLA was not questioned by police so far.

The State government has also protected the TDP leaders from call money case, he said and added that no action was taken against local MP and MLA though they abused the IPS officer. The victims of AgriGold and Uma Chit Funds could not get justice. He said that the poorer sections did not get houses during the last five years.

The government could not complete the flyover at Durga temple, he said and asked Chief Minister Chandrababu Naidu as to how he would complete construction of Amaravati capital city. He said that he would develop Vijayawada city, if he is voted to power in the election.YSR Congress Vijayawada constituency MP candidate P Veera Prasad, Central constituency MLA candidate Malladi Vishnu and several leaders were present.