Fishermen take weekly off on Thursday in deference of Mahatma Gandhi 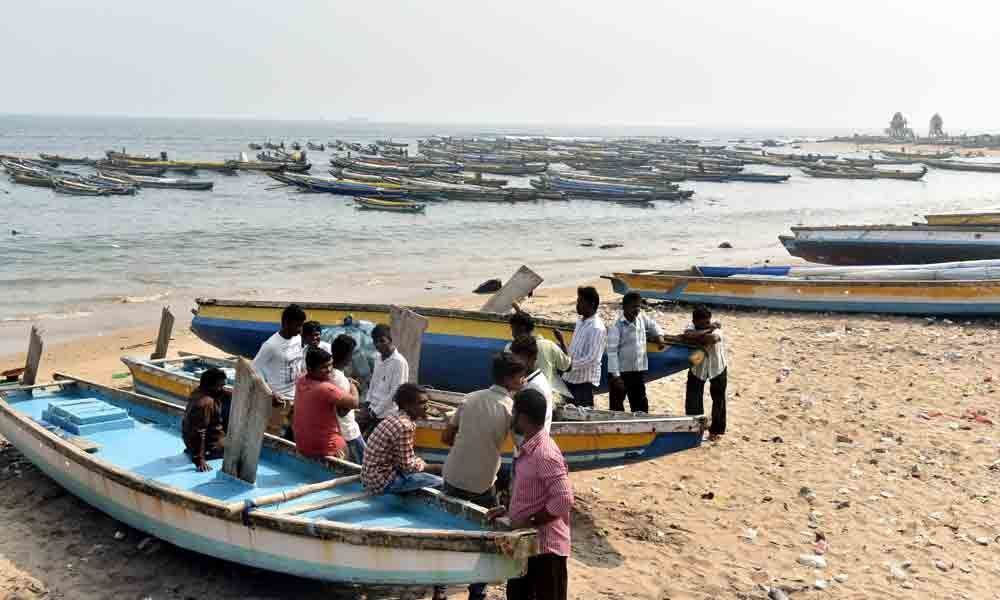 Generally people avail Saturdays and Sundays as weekly offs to take rest from the duties. But, about 25,000 fishermen families of Bheemili mandal are taking Thursday as weekend holiday to take rest as a tribute to Mahatma Gandhi.

Visakhapatnam: Generally people avail Saturdays and Sundays as weekly offs to take rest from the duties. But, about 25,000 fishermen families of Bheemili mandal are taking Thursday as weekend holiday to take rest as a tribute to Mahatma Gandhi.

The fisher folk are observing the Thursday as a weekend holiday, after Mahatma Gandhi visited Bheemili as part of the nation-wide Salt Satyagraha and met the fisher folk of 11 villages in Bheemili mandal. Bheemili is the second municipality after Surat in Gujarat in the country which drew the attention across the Nation during the Salt Satyagraha. In an extent of 100 acres the salt was cultivated in the villages.

During his visit to Visakhapatnam, Mahatma Gandhi visited Bheemili on a Thursday and addressed the fisher folk and also participated in a rally in the town. Later, he had lunch with the SC and fishermen communities at Ganta Sthambham. The entire fishermen community suspended their activities for entire the day and spent with the Mahatma Gandhi's programmes in Bheemili.

From the day onwards, all the fishermen have decided to celebrate the day (Thursday) as Mahatma Gandhi arrival day and not to venture into the sea for fishing. Though there are no evidences available at present, even the present generations of the fisher folk still observing the tradition.

"Earlier, on every Thursday we have gathered at Ganta Sthambham and at Ramalayam and remembered the Gandhiji's arrival. The entire fishermen families will consider as a weekend holiday on Thursday," said 65-years old fishermen R Demudu.

However, the other markets, establishments and educational institutions have been working normally on Thursday in the Bheemili mandal. The children of the fishermen families are also going to the school on the day. Earlier, there are no activities on the day in the entire 14 fishermen villages. But, the holiday was limited to only for fishing," Demudu added.