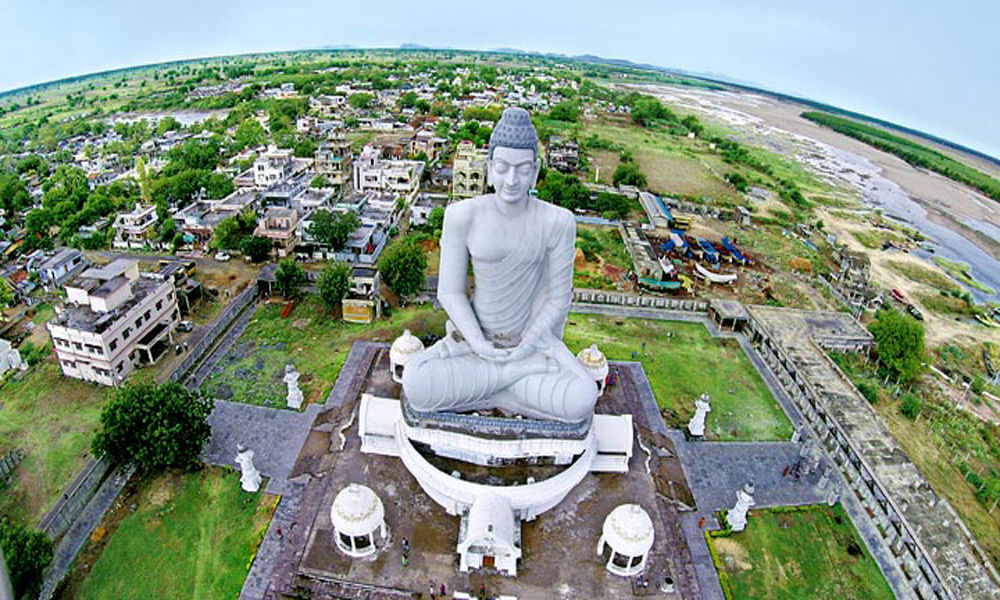 Amaravati: In a bid to change the land usage pattern in the capital city Amaravati, to give house sites to the poor as announced, the government published a Gazette notification inviting people to raise objections.

Amid protests from farmers, who sacrificed their fertile agriculture lands to government for construction of a world-class capital city, the new government took this decision.

It is worth mentioning that, the farmers in the capital region have filed a petition in High Court challenging the State government's decision to allot lands to the poor in Amaravati villages instead of taking up construction of the capital city.

The government proposed to change the existing draft land use envisaged in the Detailed Capital City Master Plan, Amaravati which was sanctioned in 2016.

It has given notice that the draft will be taken into consideration after the expiry of 15 days from the date of publication in Andhra Pradesh Gazette. Any objection and suggestion which may be received from any person with respect thereto before expiry of 15 days will be considered by APCRDA. Objections and suggestions should be addressed to Commissioner, APCRDA, Lenin Centre, Governorpet – Vijayawada (AP), Pincode: 520002.

Objections and suggestions with contact details (Mobile/phone number/e-mail) received after the due date shall not be entertained including postal delays, if any, it was explained in the Gazette.

Section 41(3) of the AP Capital Region Development Authority Act, 2014 mandated that, "Before making any modifications to the development plans, the Authority, shall publish a notice inviting objections or suggestions from the public giving a time period of 15 days from the date of publication of the notice and shall hear all objections and suggestions." Hence, the State government published the Gazette on March 4 and asked the public to raise their objections and suggestions.

With this proposal, the government aimed at changing the land usage pattern for the sites measuring to an extent of Ac 967.25 cents in Thulluru and Mangalagiri mandals. Krishnayapalem, Nidamarru, Venkatapalem, Kuragallu, Mandadam and Inavolu villages will be affected with this notice.