Godavari surges at Dowleswaram in Rajamahendravaram 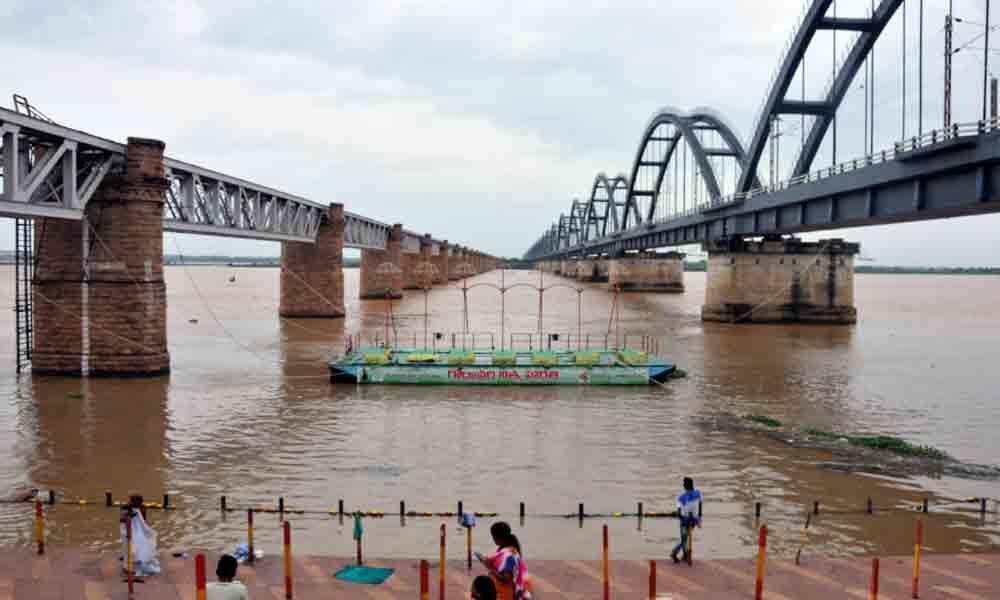 The flood water in River Godavari is rising slowly due to heavy rains in its catchment area along with its tributaries Indravati and Pranahita rivers....

Rajamahendravaram: The flood water in River Godavari is rising slowly due to heavy rains in its catchment area along with its tributaries Indravati and Pranahita rivers. Water from the two tributaries reaches Dowleswaram in 24 hours.

At present, the water level at Sir Arthur Cotton Barrage at Dowleswaram is 11 feet and officials of water resources department (WRD) are releasing one lakh cubic metre of water into the sea from the barrage. Only 300 metre of width is available at the cofferdam constructed at Polavaram project owing to which the flood water from the upstream of Polavaram is coming towards Dowleswaram slowly.

Meanwhile, the district administration directed all the tahsildars and other officials in the downstream of the barrage to take steps to prevent any damage because of the ensuing floods and asked them to be ready to face any challenge due to floods.

According to officials of WRD, first warning will be issued at 11.75 feet level, second warming at 13.75 feet and third warning at 15.75 feet at Sir Arthur Cotton Barrage. All the 175 gates in Dowleswaram, Rally, Maddur and Vijjeswaram of the barrage are working properly.

Flood related material such as ropes, sand, battery lights, bamboo, etc., are kept ready to use depending on the necessity. The department engineers were also directed to check the river bunds.