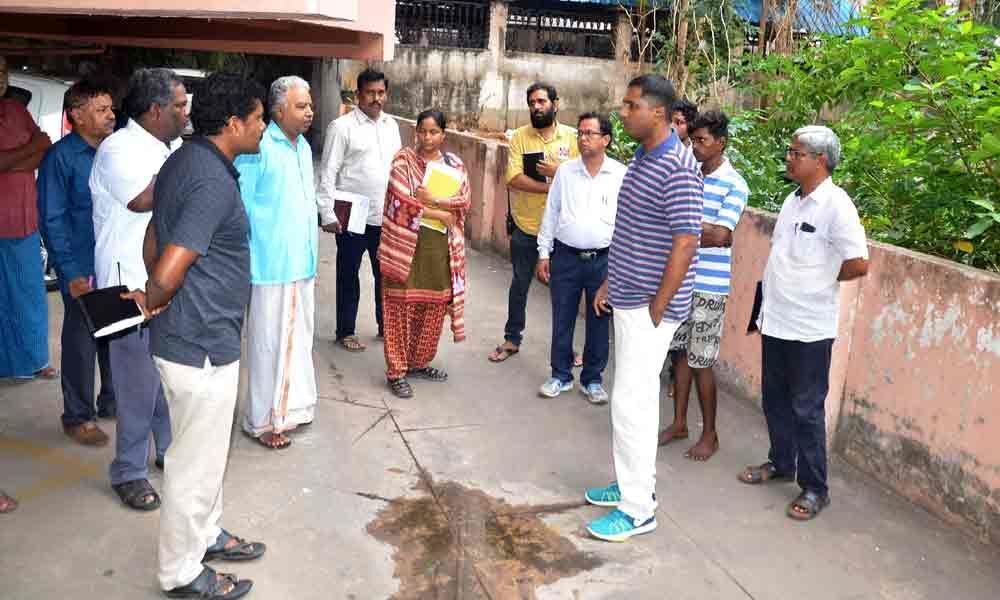 If, the flat owners are not responding to pay the penalty, cut the drinking water and also the UGD connections of the apartment, the Commissioner directed to the officials.

Visakhapatnam: While observing lot of debris and plastic material near an apartment complex in zone-2, Commissioner of Greater Visakhapatnam Municipal Corporation (GVMC) M Hari Narayanan directed the zonal commissioner Srinivas to impose Rs.500 to each flat in the complex. If, the flat owners are not responding to pay the penalty, cut the drinking water and also the UGD connections of the apartment, the Commissioner directed to the officials.

As part of his daily inspections in the city, the Commissioner visited various locations in the zone-2. Recently, a dengue case was registered in the apartment complex. The commissioner noticed that there is a lot of debris with plastic material at the complex. He directed the sanitary wing officials to clear the debris immediately and also collect penal amounts from each flat in the apartment complex.

Later, the commissioner noticed that a road side tiffin centre is disturbing area with food waste and other waste material, directed the officials to impose a fine of Rs.2,000 from the owner of the tiffin centre.