Infertility problem in males on the rise 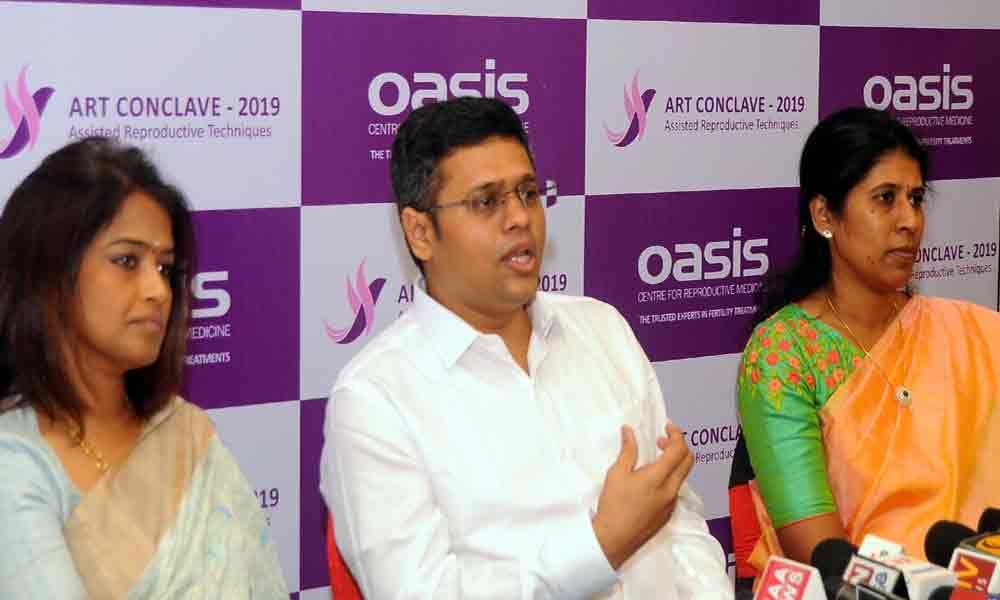 In the present generation, infertility problem in male is on rise than female which is alarming, said Dr Krishna Chaitanya, scientific head and clinical embryologist of Oasis.

Vijayawada: In the present generation, infertility problem in male is on rise than female which is alarming, said Dr Krishna Chaitanya, scientific head and clinical embryologist of Oasis. Addressing the media at the third Assisted Reproductive Technologies (ART) conclave, organised by Oasis Centre for Reproductive Medicine Infertility Treatment here on Sunday, Dr Krishna said that infertile couple after one year of their marriage should see a doctor without delaying further.

He said that about 10 to 15 per cent of married couple in India come under the shadow of infertility issues. However only one per cent couple come forward to get themselves treated and this is primarily due to lack of awareness and myth that the success rate in IVF/Fertility treatment is very low. He said that with the advance procedures the success rate has gone up to 60 per cent.

He said that the objective of this ART conclave is to have conversation around the latest advancements around fertility treatment and to train clinicians from across the state by the way of interactive session on the next generation treatment options which helps us achieve the success rates as high as 70 per cent.