Injustice made to AP in water allocation- Tulasi Reddy 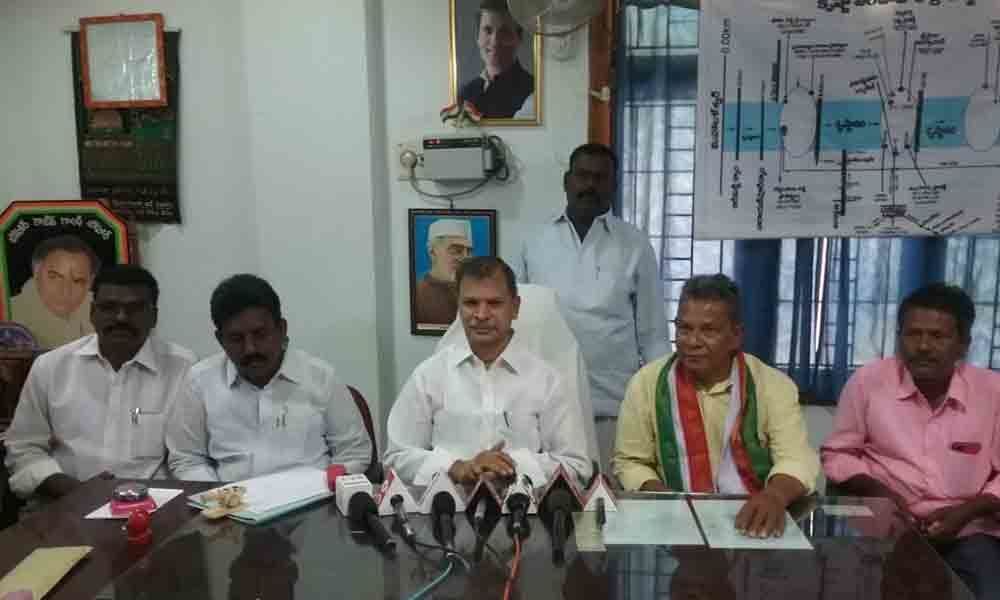 Addressing press conference here on Saturday the PCC vice president said already there was Injustice being made to the AP following Telangana government drawing 155 tmcft of water from Krishna River without allocation through Palamuru, Ranga Reddy, Dindi lift irrigation schemes. The fresh agreements over the sharing of water between two states will badly hit the prosperity of AP farmers.

The Congress leader also pointed out Telangana government is hatching conspiracy for stealing waters from Godavari river by constructing Kaleswaram project. He said it is unfortunate that Jagan Mohan Reddy accepting whatever proposals made by KCR instead opposing of his political benefits.

The Congress senior leadership questioned if Jagan is clear on his part over bringing Godavari surplus water to the state, he should take initiative for widening Polavaram right canal for diverting water to Prakasam barrage, from there to Pulisinthala, Nagarjuna Sagar through lift irrigation schemes in the interest of farmers.