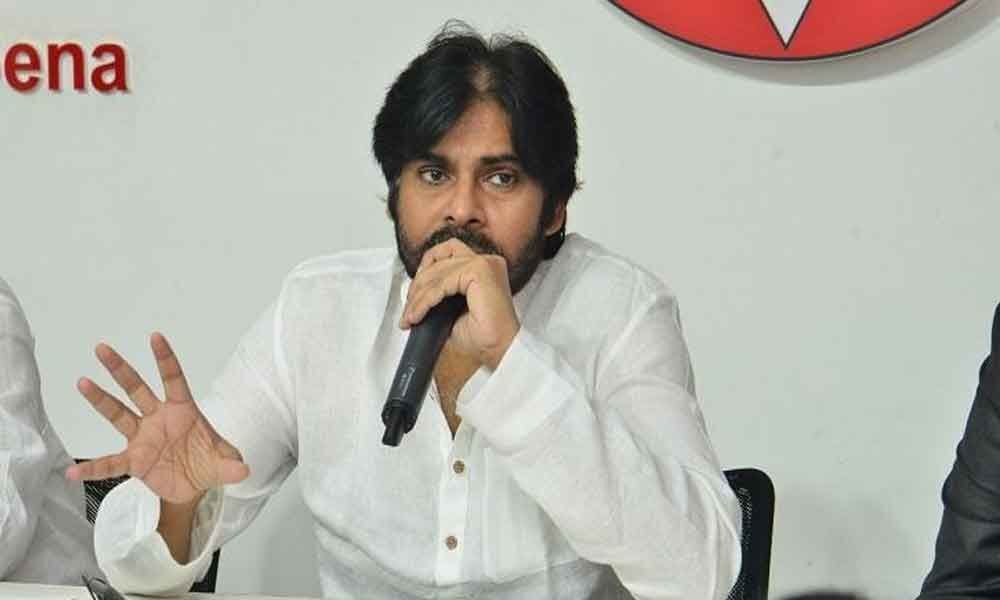 After the worst defeat in 2019 elections in AP, for the first time Jana Sena Party chief Pawan Kalyan is going to come out and will be conducting the reviews with the party leaders.

Vijayawada: After the worst defeat in 2019 elections in AP, for the first time Jana Sena Party chief Pawan Kalyan is going to come out and will be conducting the reviews with the party leaders.

He is getting ready to conduct review on every constituency. For which PK has finalized a schedule. On 5th June, Pawan Kalyan will be reaching Vijayawada from Hyderabad. He will be meeting with the party prominent leaders on 6th June.

Starting from 7th to 9th June, these three days Pawan Kalyan will be conducting the review meetings in Vijayawada.

Where Pawan Kalyan will be meeting with the party leaders, activists, MLA and MP candidates from 4 districts on every day. He will be also giving further directions to the party leaders during the meetings.

Why the people didn't support the party? What went wrong? Why did it happen? and further action plan will be discussed in the review meeting.

The Janasena chief Pawan Kalyan has also lost in two Assembly segments, The leaders will also figure out the reasons behind the defeat in the constituencies.

All the Janasena MLA and MP candidates, districts presidents, secretaries, activists, and leaders will participate in this review meeting.

In these three days of review meetings in Vijayawada, Pawan Kalyan will decide the future of the Janasena party.

Pawan Kalyan has already clarified that in spite of the defeat he'll continue to fight over the people's issues in the state.