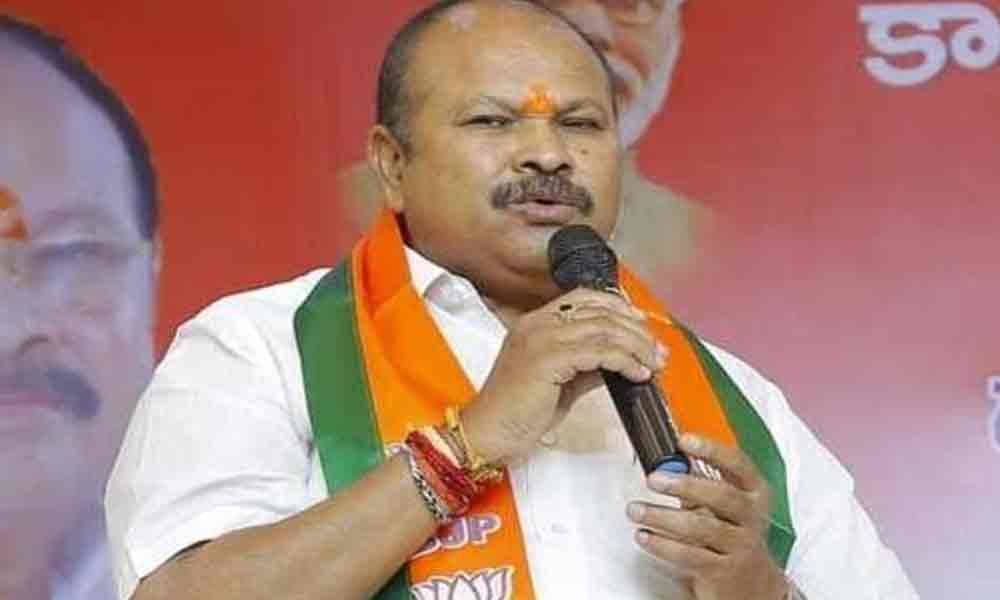 Srikakulam: No scope for alliance with TDP in AP state, said BJP State president K Lakshminarayana here on Saturday. He attended the BJP membership drive event and other locally arranged programmes in Srikakulam on Saturday.

Speaking on the occasion, he explained that BJP closed its doors for alliance with TDP and its national president N Chandrababu Naidu. Vexed with Naidu's attitude and loss of confidence on leadership, some TDP leaders joined the BJP, he said.

Lakshminarayana said more leaders from TDP, YSRCP and Jana Sena will join the BJP on August 19. He further explained that ban on Articles-370 and 35A was a positive move and it will help in development of Jammu and Kashmir at a quick pace. With an aim to improve lives of the Kashmir people and to put a full stop to seven-decade long violence, the BJP government took a bold decision, he explained.

Lakshminarayana appealed to BJP leaders to organise membership drive with dedication and passion for strengthening of the party in the State. Srikakulam district BJP leaders P Venugopalam, P Tirupathi Rao, K Narayana Rao and others accompanied the party State president.