Many MLAs from Srikakulam aspire for ministerial berths 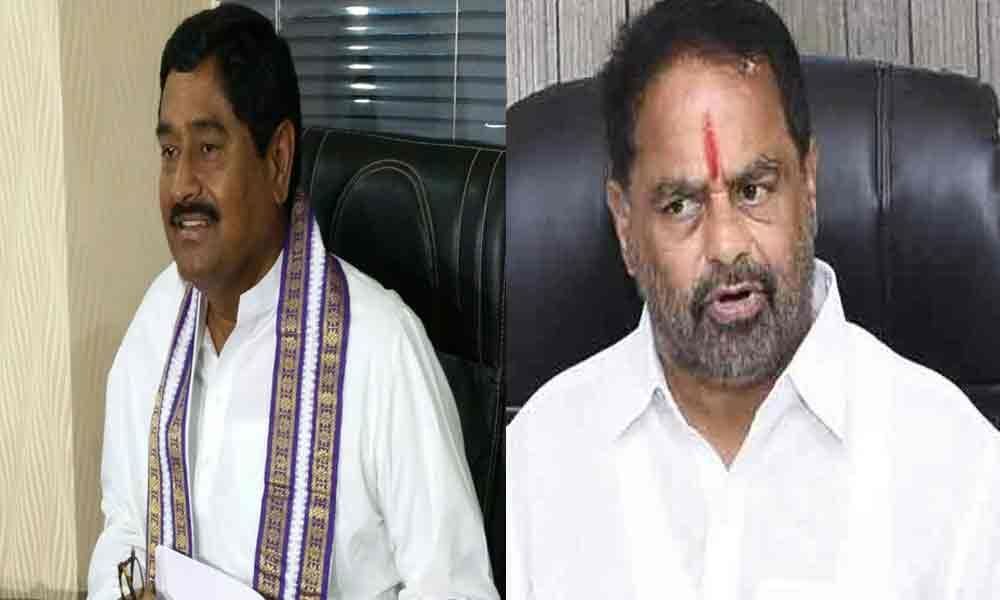 x
Many MLAs from Srikakulam aspire for ministerial berths
Highlights

The newly elected YSRCP MLAs who belong to Polinati Velama, Kalinga and Turpukapu castes in the district are making their efforts to get cabinet berths.

Srikakulam: The newly elected YSRCP MLAs who belong to Polinati Velama, Kalinga and Turpukapu castes in the district are making their efforts to get cabinet berths. Dharmana Krishna Das belonging to Polinati Velama caste and MLA representing Narasannapeta assembly constituency and his younger brother Dharmana Prasada Rao MLA from Srikakulam are competing for minister's post.

Prasada Rao was earlier worked as minister on three occasions. Krishnadas, an ardent follower of Jagan Mohan Reddy, joined YSRCP in 2011 and was elected as MLA in 2012 byelection from Narasannapeta. Similarly, MLA from Amudalavalasa, Tammineni Sitaram is also eyeing on cabinet berth as he belonged to Kalinga caste.

Pathapatnam MLA R Shanthi, who hails from Turpukapu is also her efforts to get ministerial post. If one cabinet post is allotted to one Parliament constituency, one MLA will be chosen as a minister out of the five MLAs who were elected in Srikakulam Lok Sabha constituency. The other two segments in the LS seat were won by TDP.

Speculations are rife that V Kalavathi (ST), who is elected from Palakonda on YSRCP ticket for second time, may get cabinet berth. K Jogulu elected as MLA for second time from Rajam segment from SC category is also eyeing on cabinet post.