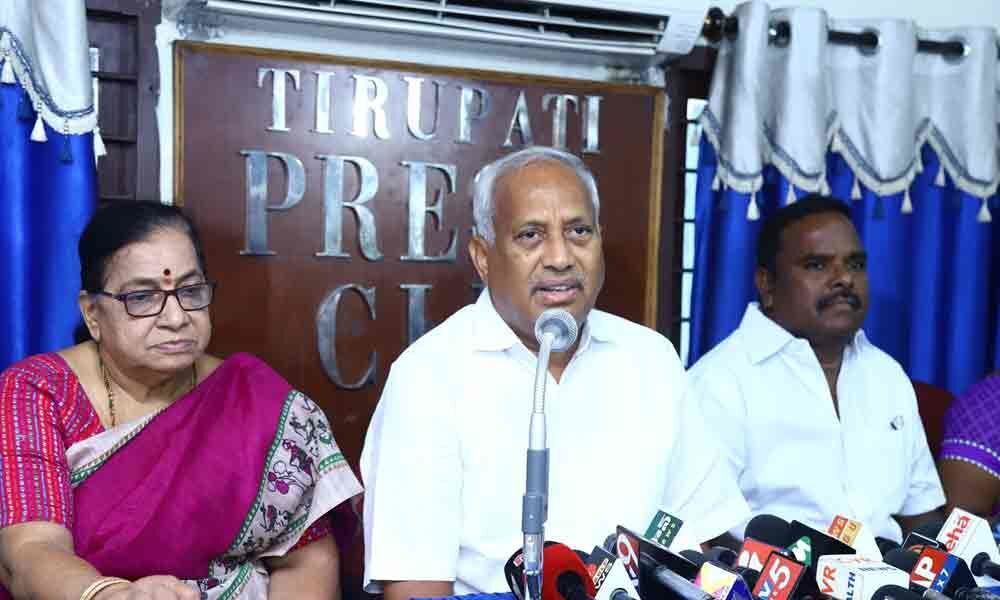 A convention on high interest private loans hitting hard the poor in the pilgrim city will be held on Wednesday.

Tirupati: A convention on high interest private loans hitting hard the poor in the pilgrim city will be held on Wednesday. Speaking to media here on Tuesday, senior Congress leader and former union minister Dr Chinta Mohan said the meeting 'Loans of Poor – High Interest' aimed at highlighting the sufferings of the poor in the pilgrim city at the hands of private money lenders charging high rate of interest crippling them and the failure of State-run financial institutions including banks failing to come to the rescue of the poor forcing them to turn on the informal loan sector.

He said Gopalkrishna Gandhi, grandson of Mahatma Gandhi will attend the meet as a chief guest. The meeting will be held in Gandhi Bhavan at 11 am. Mohan criticised the municipal corporation for hurriedly taking up Garuda Varadhi works just before the elections and alleged kickback in the finalisation of the tenders.

It is for the kickback, the process was silently completed to commence the works even as the elections are on, he said, alleging that both politicians and the officials are the beneficiaries of the kickback which he said around Rs 30 crore.