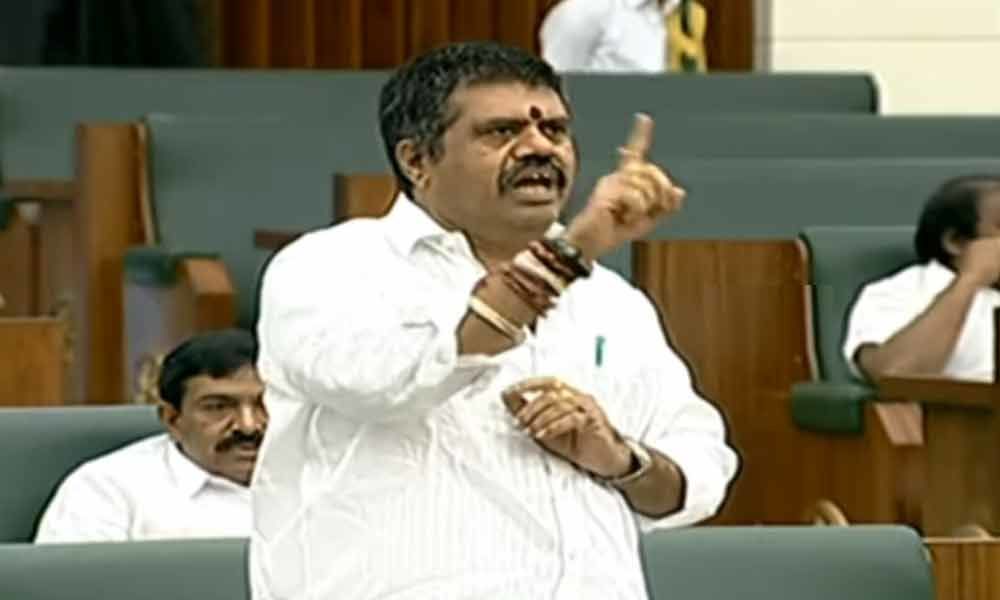 AP Minister Avanthi Srinivas has made sensational comment against TDP chief N Chandrababu Naidu while speaking in Assembly on Tuesday.

Amaravati: AP Minister Avanthi Srinivas has made sensational comment against TDP chief N Chandrababu Naidu while speaking in Assembly on Tuesday. He said that the leader who spoke greatly about Amaravati should make self-assessment over the defeat in the elections.

On the occasion, Avanthi Srinivas said that regarding the special status, Chandrababu Naidu has taken a U-turn on many times. He also said CM YS Jagan is a trustworthy person.

Minister clarified that after resigning to the posts he has changed the party. He also alleged that TDP has copied Navaratnalu scheme before the elections.

Avanthi Srinivas said he never worked for personal selfishness. He once again confirmed that they will do all the things which are promised in the YSRCP manifesto.