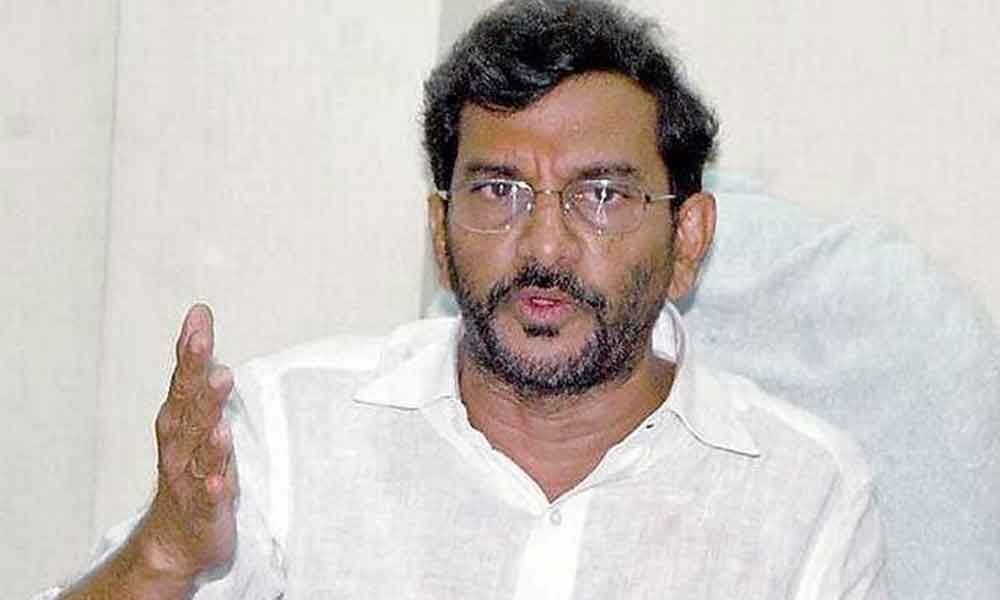 Before the results of the election are out, the ruling and opposition parties are making serious allegations over each other.

Amaravati: Before the results of the election are out, the ruling and opposition parties are making serious allegations over each other. The YSRCP leaders are opposing that the TDP chief and caretaker CM N Chandrababu Naidu is conducting the official review meetings and misusing the Praja Vedika by conducting the party activities.

Regarding the issue, the YSRCP leaders have given a complaint to the Election Commission. On the other side, the TDP leaders are expressing anger that what's wrong if Chief Minister conducts the review meeting with the officers.

In the middle of the situation, AP Agriculture Minister Somireddy Chandramohan Reddy has made sensational comments and throws the challenge to the EC and YSRCP leaders that he'll conduct the review meeting with the agriculture department.

Minister Somireddy said he will see who will stop it. If anyone tried to stop his review meeting then he'll file a case against them in the Supreme court.

He fired do minister's and CM should sit at home? The Constitution has given them the right to rule. He questioned do the EC will not take the responsibility for the inter students who are committing suicides in Telangana?

Speaking to media Somireddy Chandramohan Reddy made allegations on YSRCP leader Anam Ramanarayana Reddy that without knowing the Reserve Bank guidelines how he worked as finance minister.

Over Intermediate student suicides in Telangana, the KCR government has to give the answer, Somireddy said. During the election code, the YSRCP leader Vijaysai Reddy raise objections over CM's meeting with MLAs and TDP leaders at Praja Vedika.

Regarding this, he has written a letter to AP CEO Gopalakrishna Dwivedi, where he complained that during the election code, is CM Chandrababu Naidu is violating the code.