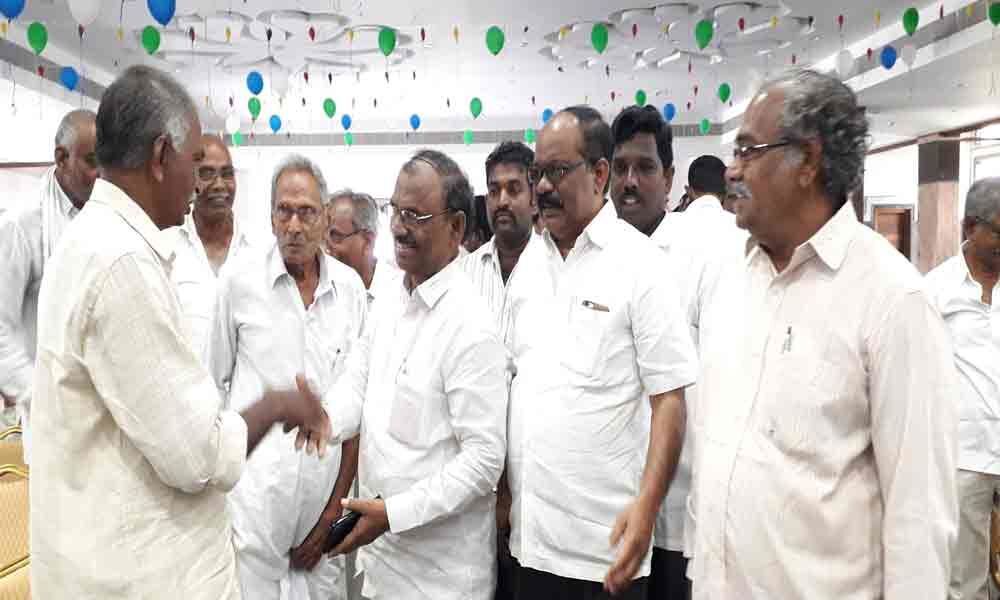 Guntur: CPI State assistant secretary Muppalla Nageswara Rao extended support to farmers in state capital Amaravati. He visited Mandam village under Tulluru mandal in Amaravati on Sunday and interacted with the farmers who gave their lands for the construction of capital.

He hoped Chief Minister Y S Jagan Mohan Reddy will not shift capital from Amaravati and added it not easy shift capital after developing infrastructure from one place to another and urged the farmers not to worry about shifting of capital.

He demanded Jagan Mohan Reddy to make a statement on capital to clarify doubts of farmers in the backdrop of Minister for Municipal Administration Botcha Satyanarayana's statement.

He said the electorate believed Jagan and gave 151 Assembly seats and added that it is responsibility of the latter to respect the feelings and sentiments of the people. CPI district secretary J Ajay Kumar said Botcha Satayanarayana's statement on capital hurt the sentiment of farmers.