Naidu pays dearly for his lenience towards MLAs 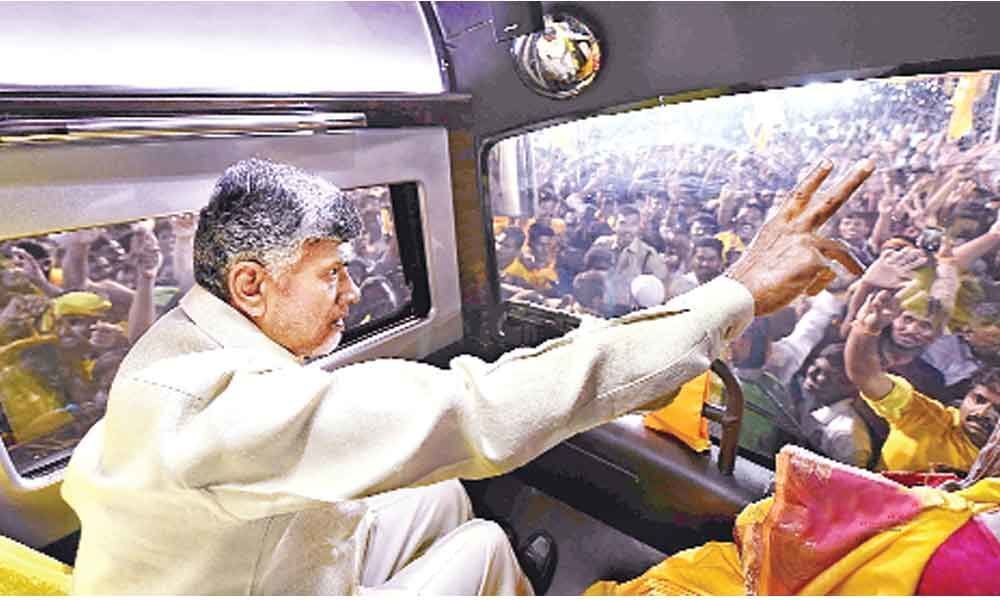 Elections-2019 have delivered a bitter verdict for the ruling TDP in the state reducing its strength to less than 25 seats, the worst ever performance since the inception of the party.

Tirupati: Elections-2019 have delivered a bitter verdict for the ruling TDP in the state reducing its strength to less than 25 seats, the worst ever performance since the inception of the party.

In Chittoor district, it has lost six sitting seats and won in only Kuppam seat where party chief N Chandrababu Naidu has won for the seventh consecutive time since 1989.

The party has not won a single seat in some other districts. But the worrying factor for the party cadres was the devastating performance in Naidu's home turf whereas YSRCP has won all 10 seats in Kadapa, the native district of YS Jaganmohan Reddy.

When The Hans India interacted with a cross section of people, they pointed fingers mainly towards the anti-incumbency factor.

They were of the view that the government could not deliver on its assurances properly.

Unlike his stint as Chief Minister in the undivided state of AP, this time Chandrababu Naidu seems to have lost control over his MLAs and party senior leaders, opined some people.

"There were many allegations of corruption and high handedness of MLAs and their close associates. What the CM was doing? Why he lost control over them and allowed them to go on rampage and run sand mafias, etc.,?", they asked.

According to a few others, too much criticism of Prime Minister Narendra Modi and Telangana Chief Minister K Chandrashekar Rao by Naidu has also backfired.

"Without saying what he has done for us, he spent most of the time criticising them and tried to divert the attention of the people from his failures.

He copied several schemes from Telangana just two months before elections. The people were well aware of that fact which shows clearly that he is not concerned with the welfare of the people but brought the schemes only to benefit in the elections," analysed a group of people in a vegetable market.

People are not happy with the way the loan waiver scheme for farmers was implemented. So too the assistance to Dwcra women, unemployment dole, etc.,

Even the hike in old age pensions was announced after YSRCP chief Y S Jaganmohan Reddy made a promise. In view of such factors, people thought of giving one chance to Jaganmohan Reddy to see that whether he can deliver.

On the positive side, a few others have said that there was nothing to find fault with Chandrababu Naidu as he worked hard for the welfare of the state and people.

He has given a shape and direction for the new state. Pattiseema, Handri-Neeva and above all, the progress in Polavaram project were the results of his untiring efforts.

But, focusing on these, he ignored the party and the cadres due to which MLAs have become uncontrollable for which Naidu had to pay a heavy price.

The selection of several candidates also proved fatal to the party in spite of the best performance by Naidu as Chief Minister.