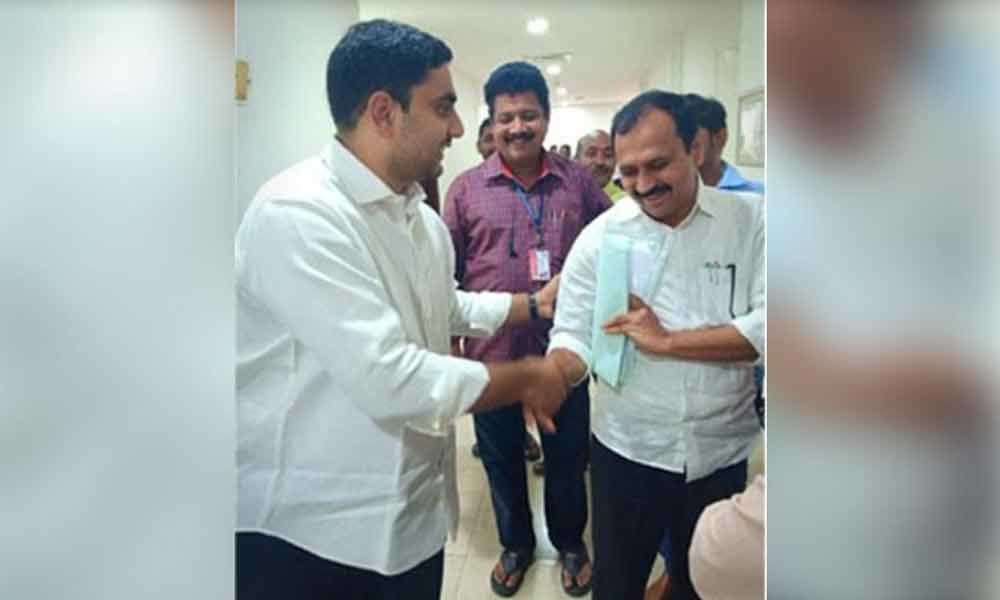 An interesting scene has taken place during the Assembly sessions on Tuesday.

Amaravati: An interesting scene has taken place during the Assembly sessions on Tuesday. As part of the ongoing sessions, the YSRCP Mangalagiri MLA Alla Ramakrishna Reddy and TDP MLC Nara Lokesh have reached the Assembly.

On the occasion, Alla RK and Nara Lokesh had a face to face encounter at Assembly lobby. In this process, Lokesh greets and give a handshake to MLA RK and congratulated him. Responding over it MLA RK said thanks. It's interesting to see these two opponents meeting for the first time in this way.

In 2019 general elections, from Mangalagiri Assembly constituency Alla Ramakrishna Reddy and Nara Lokesh have contested as MLA candidates. Where the YSRCP candidate Alla RK has won the elections over TDP candidate Nara Lokesh with 5,200 votes majority.

With this, MLA RK has won the Mangalagiri seat for the second time. Nara Lokesh who was elected as MLC has contested in alive elections for the first time. After the defeat, Lokesh is still continuing in MLC post.