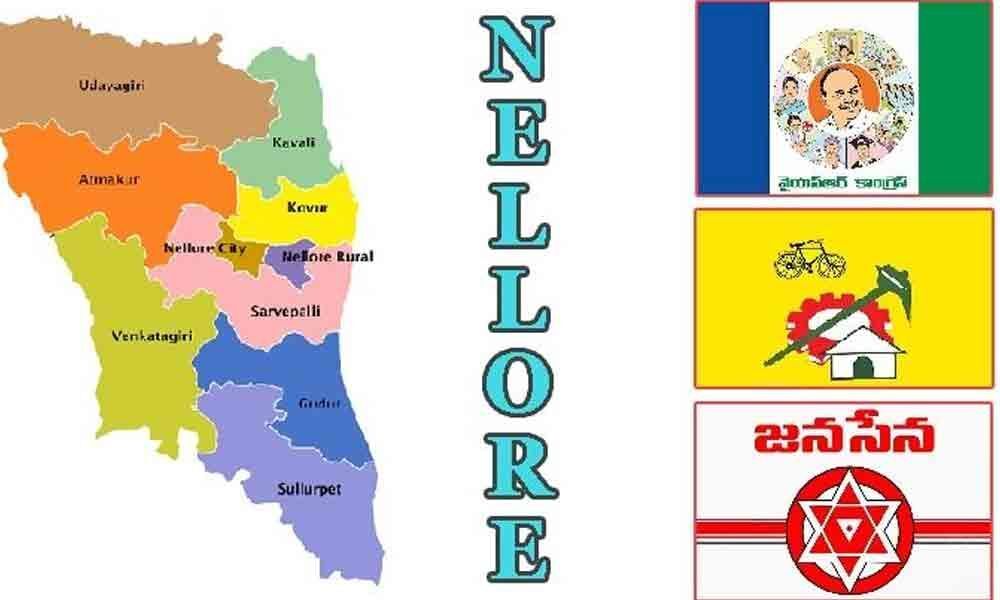 Despite there are no specific instructions from the government to bifurcate the districts on the lines of Telangana State, the district administration is getting ready for split considering various aspects of divisions, constituency-wise borders and others.

Nellore: Despite there are no specific instructions from the government to bifurcate the districts on the lines of Telangana State, the district administration is getting ready for split considering various aspects of divisions, constituency-wise borders and others.

The district has four Assembly constituencies spread in Gudur and Naidupet revenue divisions, which are likely be merged if the bifurcation of Chittoor district becomes a reality. In fact, there are proposals for formation of Tirupati district and there are chances of merging Venkatagiri, Sullurpet, Gudur and Sarvepalli Assembly segments that are currently under Tirupati Lok Sabha segment.

The district has two Lok Sabha constituencies, Nellore and Tirupati reserved segments, in which four Assembly constituencies are part of Tirupati where other 6 from Nellore and one from Prakasam districts are part of Nellore LS segment. Now, as part of the proposed bifurcation, Kandukur Assembly segment in Prakasam district will be merged in Nellore district.

There are already proposals to enhance the number of districts and Chief Minister-designate Y S Jaganmohan Reddy already promised during his poll campaign that he will take up the task if comes to power. Now, he took charge as the Chief Minister and there are possibilities for the exercise. Along with Tirupati and Satyavedu, four constituencies from Nellore will be part of the proposed Tirupati district, officials say.

"In such a case, Nellore would be confined to mere 7 Assembly constituencies and one LS segment here after. Its size would be decreased to half if the bifurcation takes place. Further, there would be administrative difficulties for people of Sarvepalli and Gudur, who must travel distant place. It is better to split the district based on the geographical area," said a senior official. He added that these were only ground realities if the State government asks us to prepare proposals.