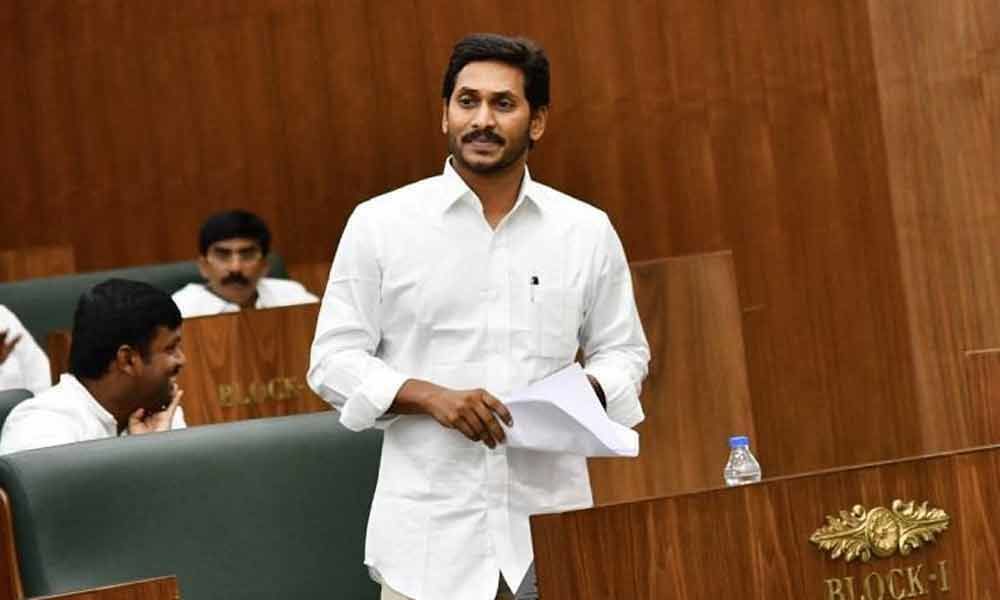 Amaravati: Reiterating his commitment to providing clean governance, Chief Minister Y S Jagan Mohan Reddy said that he will not tolerate any kind of corruption in his government and will not leave anybody who amassed wealth through illegal practices in the previous government.

While speaking on Motion of Thanks to Governor's address, Jagan said that he had fulfilled almost 65 per cent of his promises under the Navaratnas within first three weeks of his government.

He further added that he will deliver good governance and ensure high standards in implementing welfare and other programmes.

He said that the State government is committed to strictly implementing 25 per cent free seats to the poor in all the educational institutions in the State under the Right To Education Act.

Jagan said that he will introduce English medium in all government schools and will make Telugu as a compulsory subject.

Referring to the Health sector, Jagan said that he had instructed the Health and Medical Education department officials to purchase about 350 vehicles 108 ambulances and around 650 vehicles for 104 health service.

Both categories of vehicles will be available at each mandal headquarters across the State and provide services within 20 minutes of time at the time of emergency, he said. The State government will take the burden of paying medical bills which are more than Rs 1,000.

Jagan said that the State government is also committed to the welfare of farmers and hence ordered for purchase of around 200 machines for digging borewells at the farm lands in the dry areas to protect crops.

He also announced other decisions taken by the State government recently for the benefit and welfare of farming community and others, during the last three weeks.

Earlier, several legislators representing both the ruling and Opposition parties spoke on the Motion of Thanks to the Governor's address.