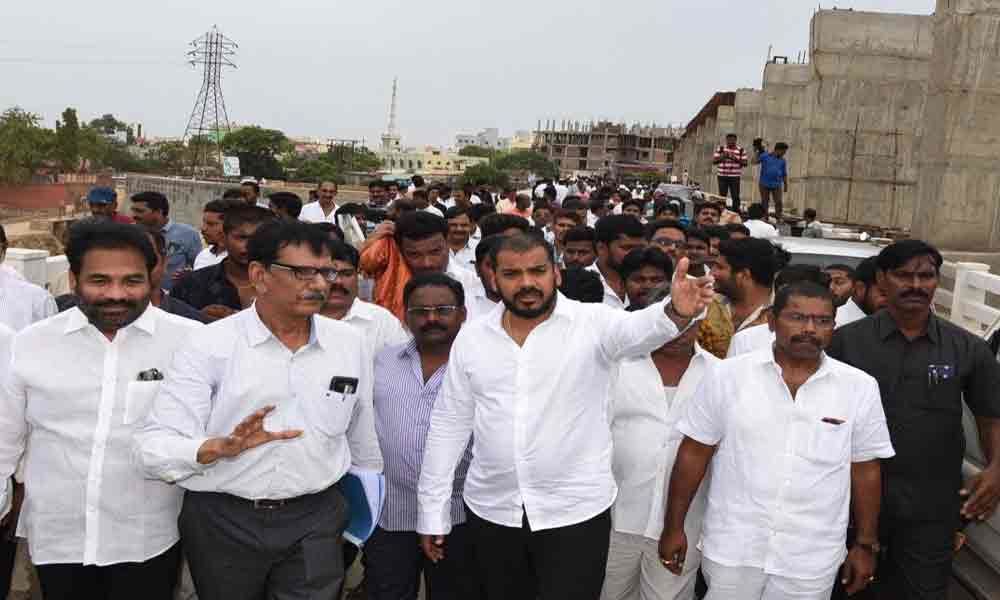 Irrigation Minister Dr P Anil Kumar Yadav said that they would complete Penna Barrage works by next March-April at any cost.

Nellore: Irrigation Minister Dr P Anil Kumar Yadav said that they would complete Penna Barrage works by next March-April at any cost. The minister visited the barrage on Wednesday evening and said that the project had started in 2007 with an outlay of Rs 127 crore and the project cost escalated to Rs 190 crore after 12 years without significant development.

The project works were at a snail's pace and said they would speed up now. The barrage gives water for irrigation needs of one lakh acres and drinking water requirement too. Anil said they had discussed with the officials concerned and contractors on the reasons for delay. Anil stated they are taking measures to speed up all irrigation projects in the State for quick