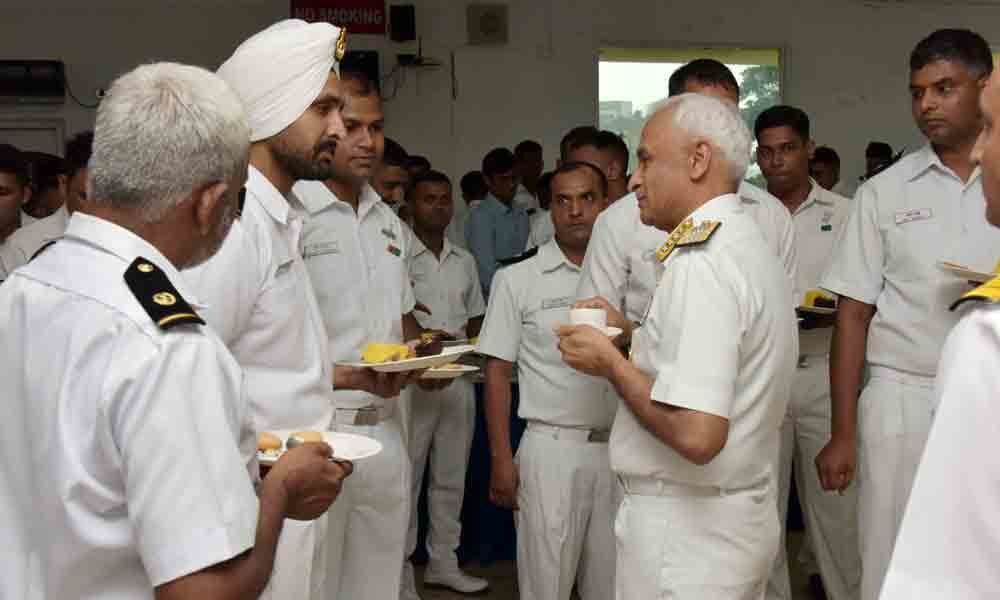 On arrival, Admiral Lanba was received by Vice Admiral Karambir Singh, Commanding-in-Chief at INS Dega. During his stay, the CNS will interact with officers, sailors and defence civilians of the ENC, as also embark the Eastern Fleet at sea.

On elevation to the flag rank, Admiral Lanba has held several significant assignments in the navy including as the Chief of Staff, SNC, Flag Officer Sea Training and as Flag Officer Commanding Maharashtra and Gujarat Naval Area.

On promotion to Vice Admiral, he has been the Chief of Staff, ENC, Commandant, National Defence College and the Vice Chief of Naval Staff.