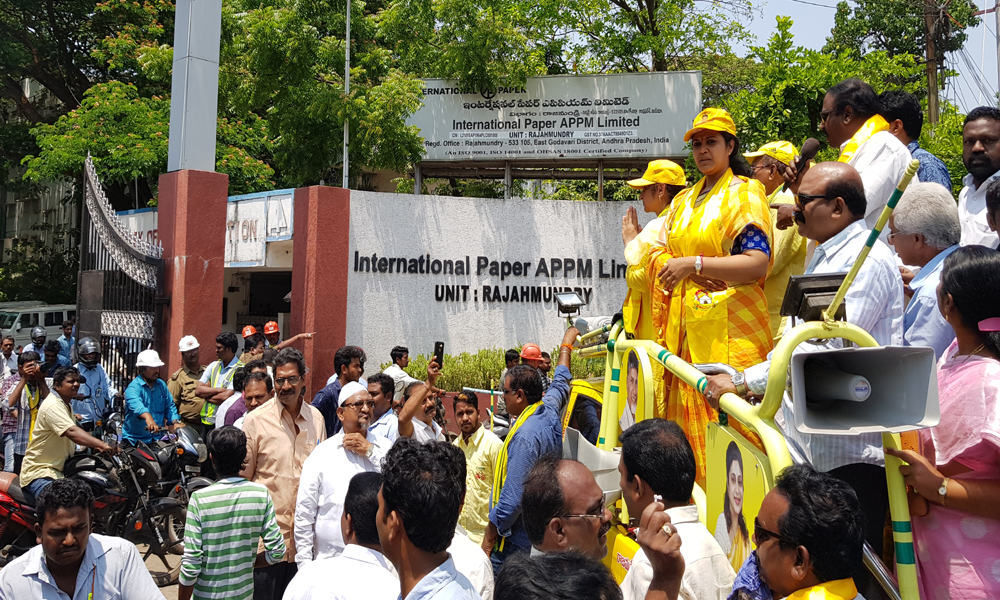 Addressing the gathering at paper mill, Roopa underlined the need to support TDP in the elections for overall development of the state and also Chief Minister N Chandrababu Naidu for an efficient government.

She assured to develop the constituency in all fronts and also make Rajamahendravaram as heritage and smart city. She appealed to the people to exercise their franchise to her to serve the people. The pending works such as flyovers etc will also be completed and first priority will be given to settle the problems.

Adireddy Bhavani, in her speech, assured to sort out the problems in the city and said some plans are there to develop the city. It is the time to extend support to Naidu who is trying to achieve women empowerment and also sanctioning crores of funds for the development of the city.

She appealed to the people to support her in the election and assured to address the problems. Rural MLA Gorantla Buchaiah Choudary, GUDA chairman Ganni Krishna and MLC Adireddy Appa Rao were present.