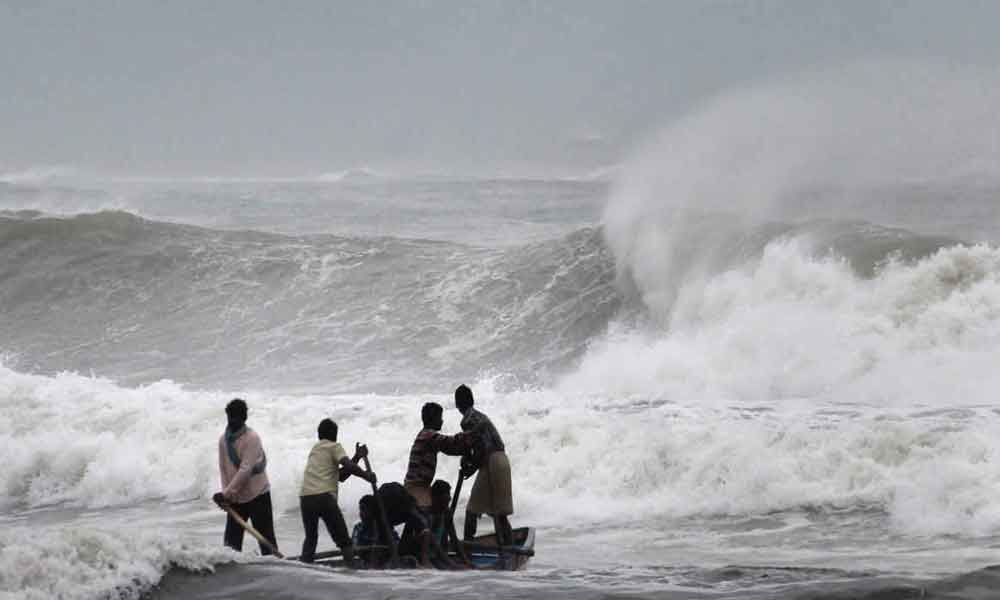 Red alert for North Coastal Mandal's of Srikakulam district from 2nd noon to 3rd morning with 120Kmph winds. RTGS already alerted all the district machinery to tackle the situation. RTGS is also monitoring the situation through the Surveillance Cameras in the Coastal areas and 24 x 7 strict vigil has been placed.

Aware and Alert Management System and 1100 Parishkaravedika call centre of RTGS are geared up to handle the situation. RTGS has issued alerts to fishermen also advising not to venture in to sea and people too have been cautioned against going to the beaches as the sea becomes dangerous and extremely rough. Chief Secretary of AP also reviewed the situation on the preparedness of district administration of Srikakulam, Vizag and Vizianagaram and other line departments.

Mandals Likely to be affected