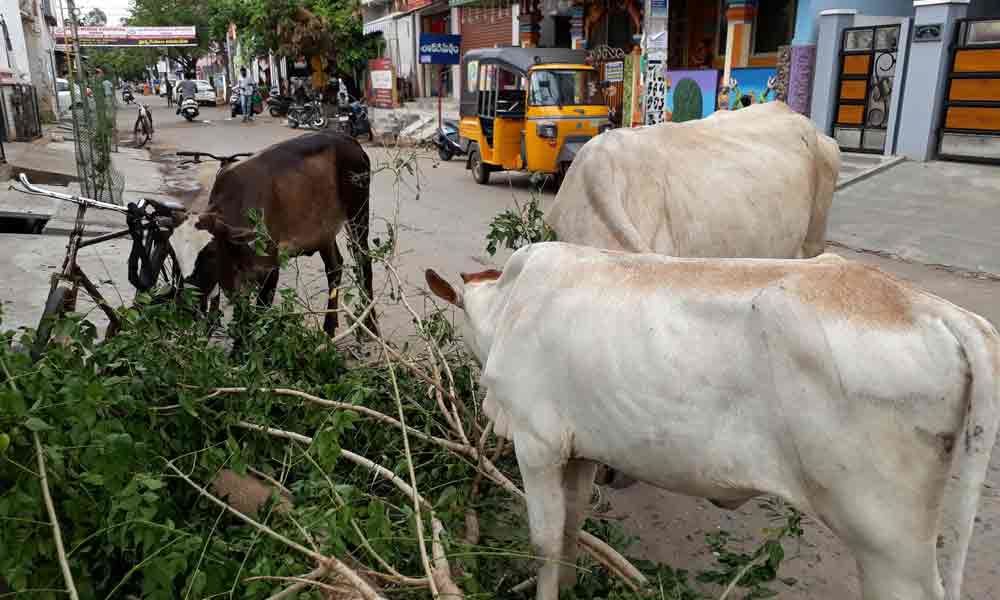 The problem of stray cattle has almost turned into a nightmare due to inactivity of corporation officials.

Kakinada: The problem of stray cattle has almost turned into a nightmare due to inactivity of corporation officials. Often the citizens complain about the fact that there have hardly been any instances where the Corporation taking these animals into custody which obstruct the traffic and penalised the cattle owners for allowing them to roam free on roads.

Though stray cattle causing traffic snarls, the traffic police wash their hands by saying that the issue is completely under the purview of municipal authorities only. Corporation health officer Dr P Lakshmi Devi said that they have taken a special drive to check the stray pig issue and shifted the pigs to outskirts of the city. She said the corporation will take stern measures on cattle owners in the next few days.

BJP East Godavari unit president Y Malakondayya welcomed the municipal authorities for initiating measures on stray cattle movement. First, they should initiate measures on permanent basis by creating awareness to cattle owners. Secondly, they should not treat it as a publicity issue.

The cattle seized in the drive should be taken care well till they are restored to owners. No extra amount should be collected from cattle owners except the penalty amount, the BJP leader said.