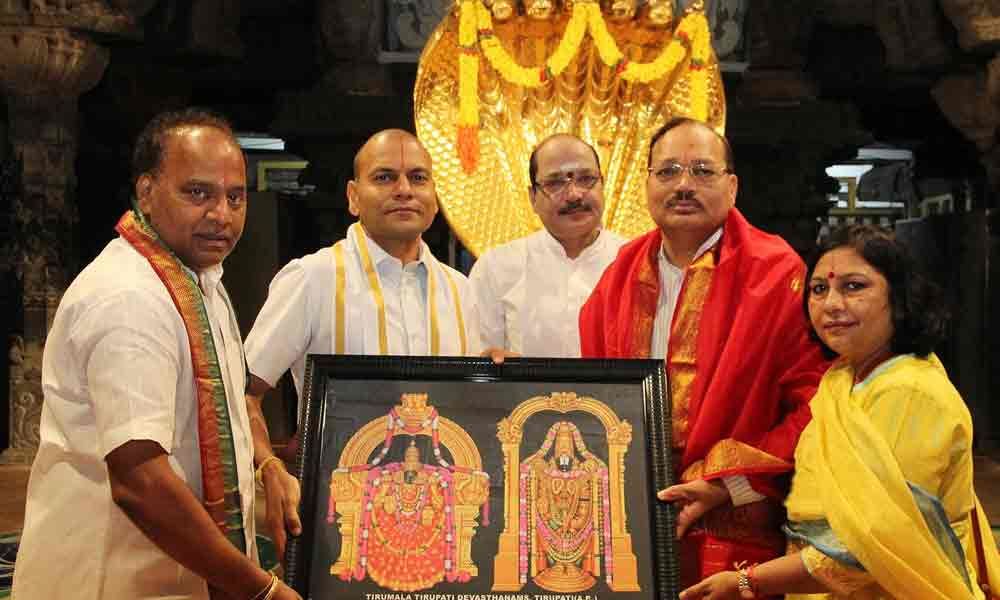 Later, Suryakanth was rendered with Vedasirvachanam by a team of Vedic scholars inside Ranganayakula Mandapam. The TTD EO offered Lord's prasadam and laminated photo to the judge of the Supreme Court. Temple Deputy EO Haridaranth and others were present.