Tail-end lands in delta to get water: Anil Kumar Yadav 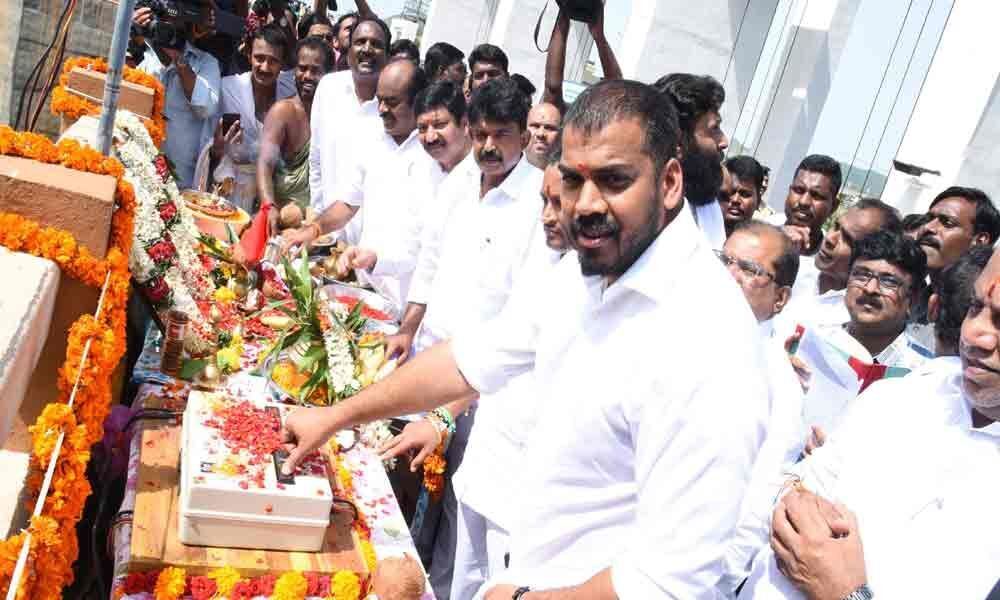 Water would be supplied to the tail-end lands for cultivation during the present kharif season, said irritation minister P Anil Kumar Yadav.

Vijayawada: Water would be supplied to the tail-end lands for cultivation during the present kharif season, said irritation minister P Anil Kumar Yadav. The Anil Kumar along with civil supplies minister Kodali Venkateswara Rao (Nani), transport and information minister Perni Venkataramaiah (Nanni) and endowments minister Velampalli Srinivas Rao released water into the canals of Krishna district from the head sluice of KE Canal for drinking and irrigation needs of the Krishna district.

The irrigation minister said that there has been a delay in releasing water to the Krishna delta due to the delayed monsoon and low water level in Godavari river. The water would be released for the next 10 days.

District collector Md Imtiaz said that water has been brought to Prakasam Barrage by opening 23 pumps of Pattiseema Lift Irrigation Scheme after Godavari received flood water. He said that Prakasam Barrage received 0.8 tmc ft water in the last two days allowing the district administration to release 1,000 cusecs of water to Krishna delta on the advice of Irrigation Advisory Board.

Krishna delta needs 150 tmc ft water, of which 80 tmc ft would be drawn from Godavari and 60 tmc ft from Pulichintala and Nagarjunasagar. The rest would be compensated from Muneru and other rivulets.