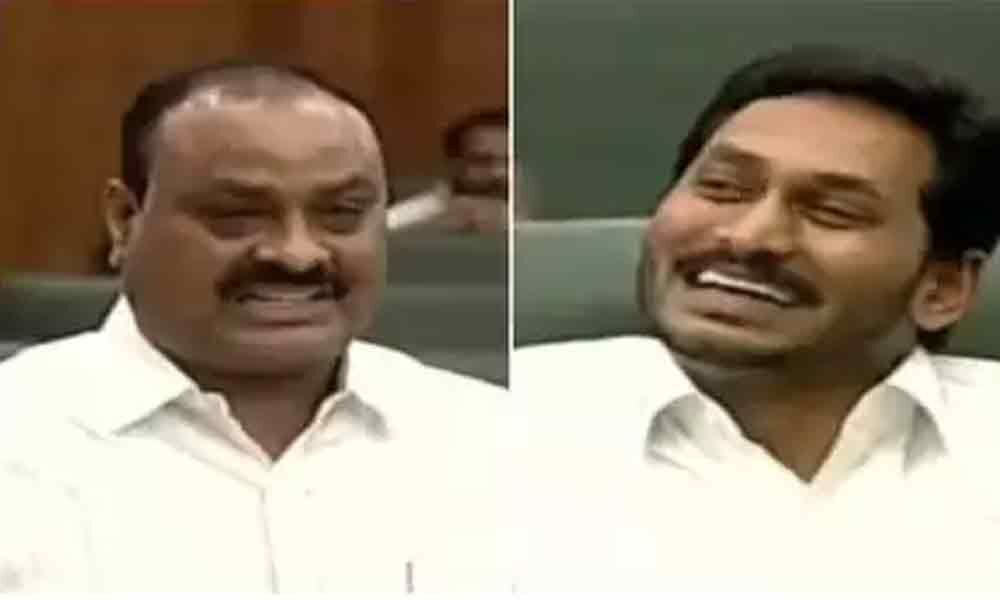 The first day of AP Assembly Budget sessions are going on with the hot-hot debate.

Amaravati: The first day of AP Assembly Budget sessions are going on with the hot-hot debate. Over the discussion on irrigation projects, there was a heated argument between YSRCP and TDP members.

The TDLP deputy leader Achennayudu said that the government which assured to given maximum time to the opposition to speak in the Assembly are now not giving the mike.

Responding to the comments of TDP leaders over Telangana irrigation projects, CM YS Jagan questioned why Chandrababu Naidu who was in power couldn't stop the Kaleshwaram project.

He said in spite of expressing happiness on seeing the harmony between the two Telugu states. The TDP is making allegations on them.

Reacting on this, Chandrababu Naidu alleged that the AP government is destroying the future generations with their onesided decisions.

Naidu said YS Jagan's age is not even equal to his political experience. He said that YS Jagan should also know the position of the state if the Telangana government doesn't release the water from the Kaleshwaram project.

After that, the TDP member Achennayudu said that it's their misfortune to hear the class on irrigation projects from CM YS Jagan. He said they know how many rivers and projects are there in the state. They are not in a position to hear it from YS Jagan.

He also commented that YS Jagan is providing all the important things to Telangana which belongs to AP.

Over Achennayudu comments, the YSRCP leaders raised objections, and with this, the heated argument's happened between the ruling and opposition parties in the house.

With this, it seems that CM YS Jagan has not taken Achennayudu's comments seriously.