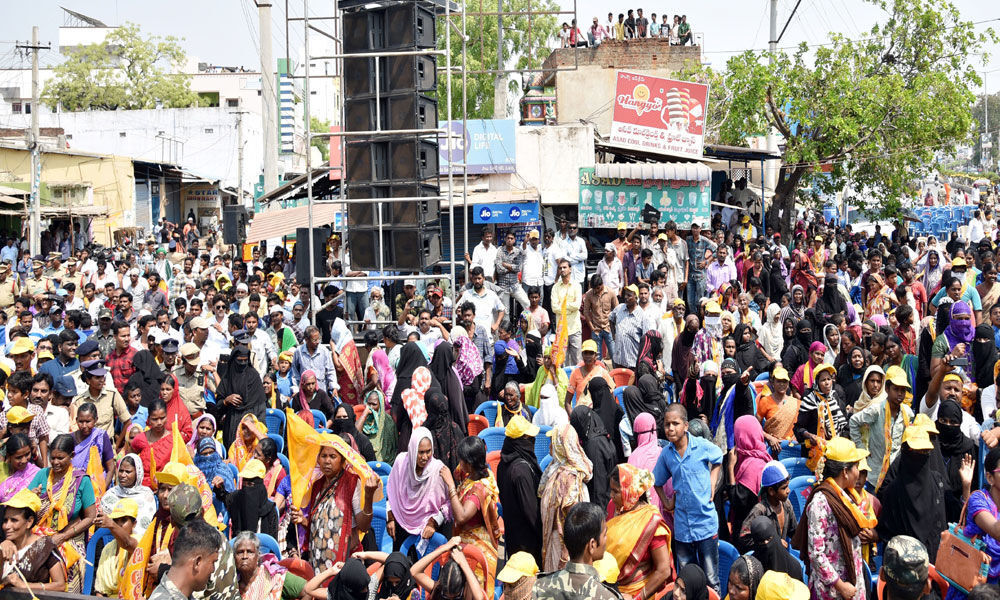 Kadapa: Chief Minister N Chandrababu Naidu said the amount under Dulhan scheme, under which financial assistance is provided for marriage of girls in...

Kadapa: Chief Minister N Chandrababu Naidu said the amount under Dulhan scheme, under which financial assistance is provided for marriage of girls in poor Muslim families, would be increased to Rs one lakh from the existing Rs 50,000. He also said funds sanctioned for Muslim youth under foreign education scheme would also be increased from existing Rs 10 lakh to Rs 25 lakh. He promised to construct Haj houses in Kurnool and Amaravati.

Addressing a road show here on Tuesday as part of election campaign, the Chief Minister said that the TDP government has been implementing several programmes to protect the interests of Muslims.

Stating that there was no protection for Muslims during Modi regime, Naidu said that voting for YSRCP president Y S Jaganmohan Reddy means voting for Narendra Modi. He expressed surprise as to how Jagan could support Telangana Chief Minister K Chandrashekar Rao, who is opposing Polavaram project and release of water to Rayalaseema region.