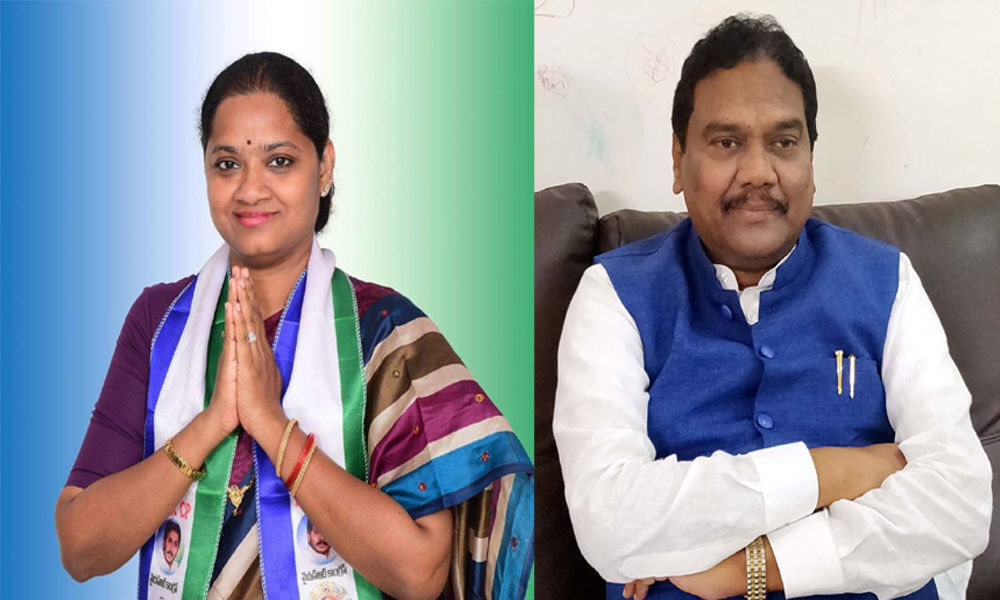 The triangular fight is creating excitement in this as all the three parties are confident that have majority support in Konaseema area and also are depending on the charisma of their respective party presidents.

The triangular fight is creating excitement in this as all the three parties are confident that have majority support in Konaseema area and also are depending on the charisma of their respective party presidents.

TDP high command first decided to field Ganti Harish Madhur from Amalapuram Assembly constituency as it felt that he did not have enough experience in politics. But, after several rounds of discussions, the party high command finally picked him up for the Lok Sabha seat.

According to party sources, a senior leader of the party opposed the ticket to Madhur on the grounds that he would be found lacking on financial resources, Chandrababu Naidu brushed of the objections and went ahead in fielding him.

TDP is of the view that former Lok Sabha Speaker Balayogi's name would help Harish to win the elections and also developmental activities carried out in the constituency and charisma of Chief Minister Chandrababu Naidu would come to his rescue.

YSRCP candidate Chintha Anuradha has some political background as her father Chintha Krishnamurthy contested unsuccessfully on Praja Rajyam Party ticket from Amalapuram in 2009. She is hoping that party chief Y S Jaganmohan Reddy's popularity will make her a winner.

JSP candidate D M R Sekhar plunged into politics with a confidence that his services rendered in Konaseema area under corporate social responsibility while in ONGC will help him to get votes. He is also thinking that party president Pawan Kalyan's glamour and his policies will benefit him.

So far, elections were held 15 times to the constituency in which Congress won the seat eight times, TDP six times and Congress (I) once. Congress candidate B S Murthy won in 1962, 1967 and 1971 elections and Kusuma Krishna Murthy own in 1977 and 1980 polls.