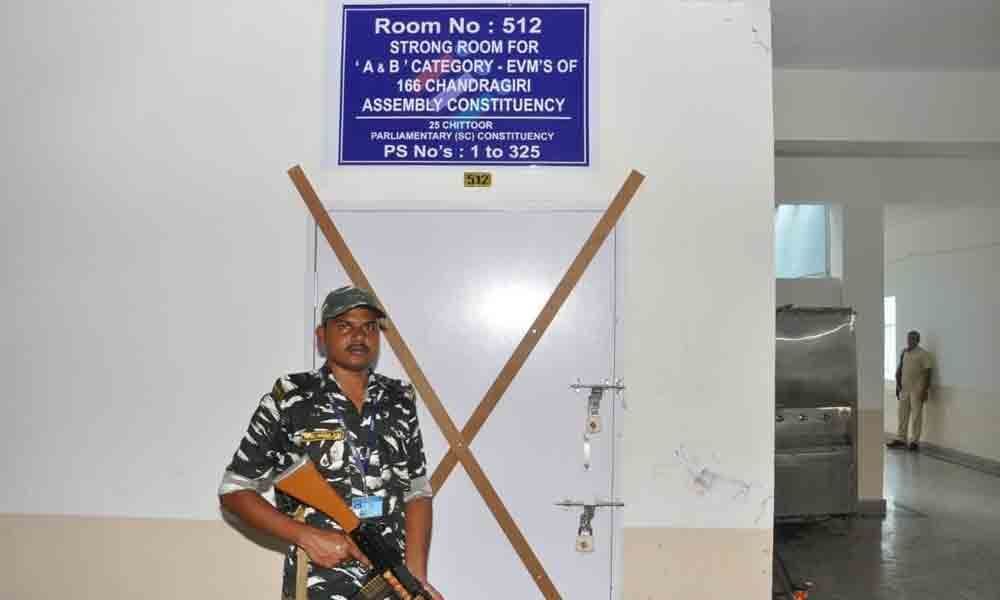 To ensure counting of votes take place smoothly on Thursday, 2,500 police and paramilitary personnel were deployed for security at counting centres.

Tirupati: To ensure counting of votes take place smoothly on Thursday, 2,500 police and paramilitary personnel were deployed for security at counting centres.

Already, Sec 144 is in vogue in and around the counting centres at Sreenivasa Institute of Technology and Management Studies (SITAMS) and RVS colleges. The police officials made it clear that unauthorised persons will not be allowed inside the counting halls.

The contested candidates, counting agents and media representatives can enter the counting centres with authorised passes only.

The security at counting centres is under the supervision of Chittoor SP Vikrant Patil and Tirupati Urban SP KKN Anburajan. District Election Officer and District Collector PS Pradyumna has banned carrying of pen, pencil, white paper, mobiles and weapons into the counting centres.

He instructed polling agents to reach the counting centres on or before 8 am. Otherwise, they will not be allowed, he stated.