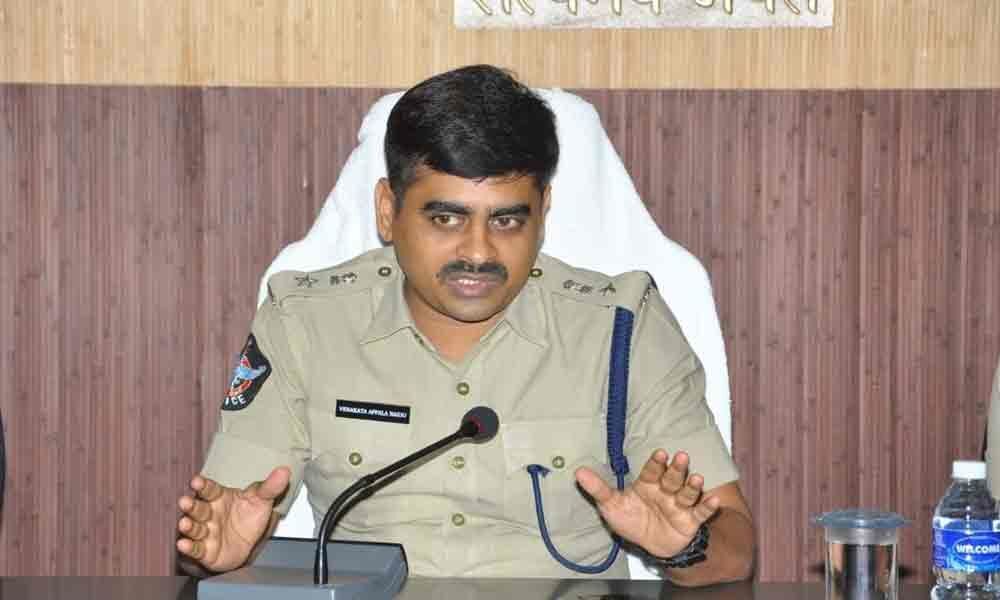 Chittoor: Effective security measures have been taken for peaceful conduct of Bakrid on Monday, said District Superintendent of Police (SP) Ch V Appala Naidu. Speaking to the media here on Friday, the SP stated that spreading messages through social media to provoke religious clashes would be dealt seriously.

He made it clear that the Police department would safeguard the interests of minorities. Security beefed up at mosques and Eidgahs, he added. The SP mentioned that transporting cows to slaughterhouses without valid documents is crime as per the Cow Protection Act, 2017. Naidu made an appeal to people to lodge a complaint to tollfree number 100 or WhatsApp number 9440900005 for immediate assistance from police.