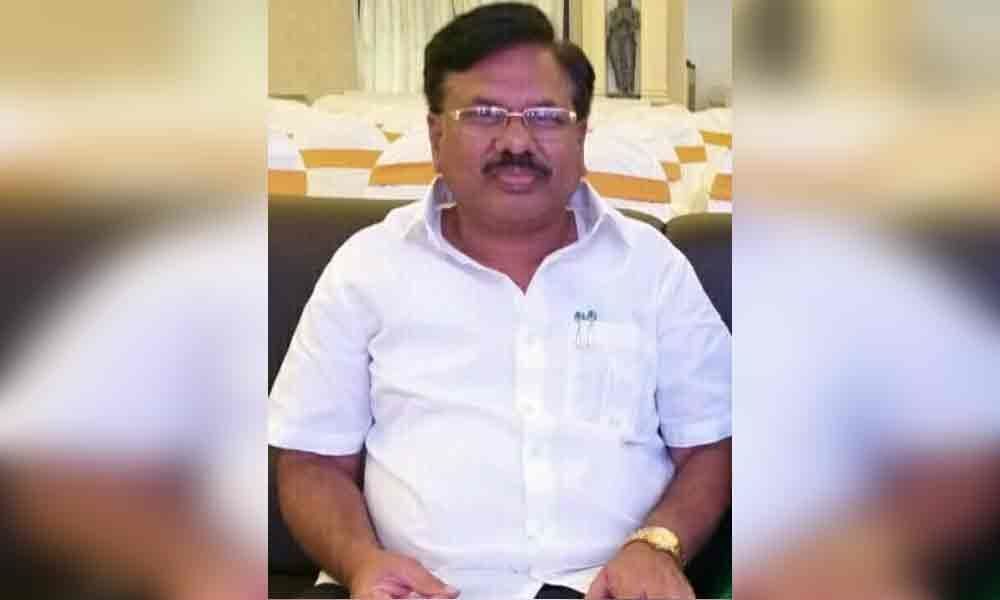 Srikakulam: Vamsadhara project superintendent engineer (SE) Mopati Surendar Reddy is wishing to work without salary. With an aim to support the State government, which is facing deficit budget, he took this decision and sent a request letter to engineer-in-chief of water resources department in this regard. He also enclosed his May month salary statement.

As per the salary statement, now he is drawing Rs 1,65,734 monthly salary. The SE has service till March 31, 2021. In his letter, the SE requested the government to accept his letter and if it is not possible legally, the SE wishes to pay Rs 75,000 every month to the Chief Minister's Relief Fund till his retirement. The SE also said that he was impressed with the welfare schemes announced by the Chief Minister Y S Jaganmohan Reddy despite the financial crisis and to support his share, he took this decision.

He also hailed the decision of the Chief Minister for eradication of corruption and commissions culture in administration and sanction of works and tenders. The SE was posted in Srikakulam for Vamsadhara project in 2018. Surendar Reddy said that he was transferred five places from 2014 to 2019 and added that he was worked at one place i.e Nagari sub-division in Chittoor district from 2004 to 2014.

The SE said that he was hailing from a financially sound family and his children were also settled well. "For job satisfaction only, I have been working in the department," he pointed out.