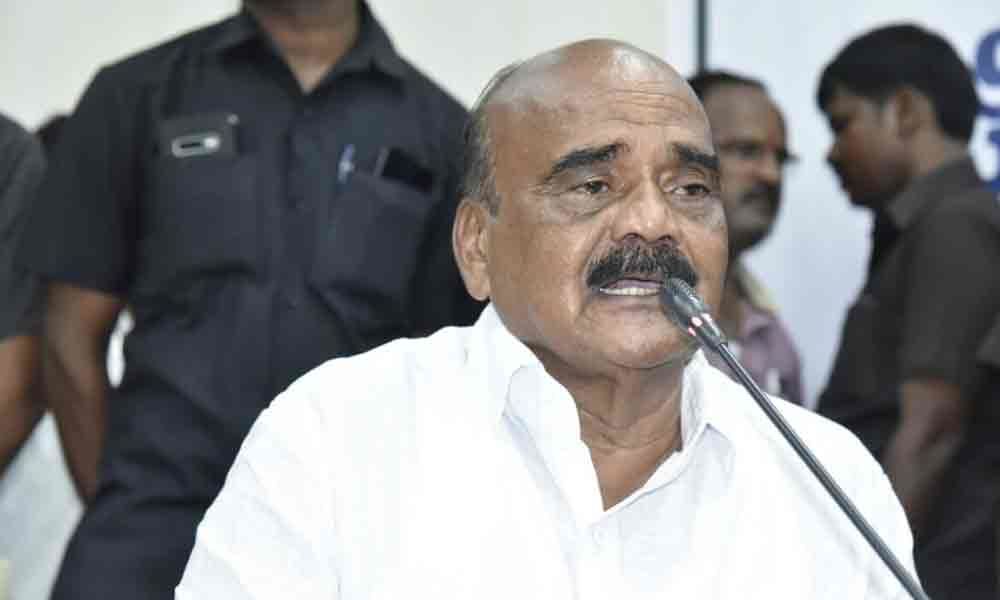 The YSRCP government is committed to development of the State, said Chittoor MP N Reddappa while speaking to The Hans India here on Thursday.

Chittoor: The YSRCP government is committed to development of the State, said Chittoor MP N Reddappa while speaking to The Hans India here on Thursday. He mentioned that Chief Minister YS Jagan Mohan Reddy has been exerting pressure on the BJP-led NDA government to grant Special Category Status (SCS) to Andhra Pradesh.

The MP stated that the YSRCP had won in majority Assembly constituencies in the district. Giving Deputy Chief Minister post to SC legislator K Narayana Swamy, who won from reserved GD Nellore Assembly constituency, is an indication of Jagan's commitment towards Dalits and weaker sections of the society.

Reddappa said injustice was done to SC, ST, BC and Minorities in the TDP rule. "The State government is giving high priority for supply of drinking water to villages in Chittoor parliamentary constituency," he mentioned. Reddappa stated that drinking water would be supplied to Chittoor city once construction of Adavipalle reservoir is completed.