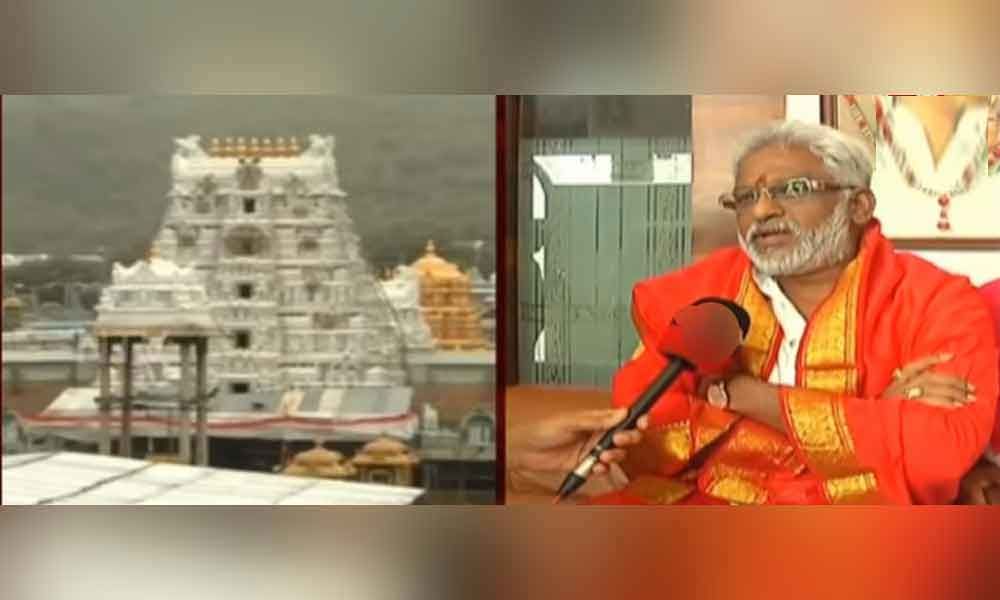 Speaking to media, YV Subba Reddy said that he would work for the development of the TTD, and will investigate the corruption that happened in the last five years.

On the occasion, YV Subba Reddy has thanked Chief Minister YS Jagan for giving him the opportunity to serve the devotees.

He said the main focus will be given on providing the accommodations to all devotees, darshan of the Lord to everyone, and safety of employees.

YV Subba Reddy also clarified that the TTD revenue belongs to the Lord and from there it should reach to the poor. He also said it's his responsibility to see that it doesn't go into the hands of the other people.

He said that CM YS Jagan has suggested him to protect the Hindu Dharma Pracharam and to work for the development of the TTD. He said the TTD governing body members will be appointed very soon.