Nowadays, when it comes to two-wheelers, we have a lot of choices for every budget. Here we have set a budget of Rs 1.5 lakh. The choices cover a range of segments like adventure bikes, cruisers and even electric two-wheelers. Here are our best picks of two-wheelers priced below Rs 1.5 lakh.

Have a budget of upto Rs 1.5 lakh? Here are your best options

Nowadays, when it comes to two-wheelers, we have a lot of choices for every budget. Here we have set a budget of Rs 1.5 lakh. The choices cover a range of segments like adventure bikes, cruisers and even electric two-wheelers. Here are our best picks of two-wheelers priced below Rs 1.5 lakh.

TVS Apache RTR 200 4V (1,11,845):
This one ticks all the right boxes when it comes to a 200cc sports naked. The Apache RTR 200 4V gets features like a comprehensive full-digital instrument console, LED tail lamps, clip-on handlebars and split seats. It has an air and oil-cooled 197.8cc motor that delivers 20.5PS and 18Nm of torque. It gets a 5-speed gearbox with a slipper clutch. Suspension setup includes a telescopic fork and a gas-charged monoshock. Braking is via disc brakes at both ends with a dual-channel ABS as standard fitment. When it comes to 200cc motorcycles, the Apache RTR 200 4V is the best all-rounder out there.

Yamaha R15 V3.0 (Rs 1,42,780):
It does not matter if you are a novice or an experienced track rider, the R15 V3.0 is capable of impressing both. It gets features like LED headlamps and LED tail lamp and a digital instrument console. Its riding position feels too sporty for daily use but out on the track keels natural. The liquid-cooled 155cc motor might be low on cubic capacity but is high on performance. It makes 19.3PS and 14.8Nm, the highest of any 150cc motorcycle sold in India. Despite the motor making power at higher rpm, it is not peaky but quite tractable thanks to variable valve timing (VVT) tech. The deltabox frame offers exceptional poise while cornering while the disc brakes on both ends stop exceptionally well. It also gets dual-channel ABS as standard.

Bajaj Avenger 220 (Rs 1,05,088):
The Avenger 220 has been around a while and is the only cruiser available in the Rs 1 to 1.5 lakh rupee price bracket. It is available in two trims, an understated blacked-out Street and a chrome-laden Cruise. Features on the Cruise include a large windshield, LED DRL’s and a digital instrument console. It shares its 220cc air and oil-cooled motor with the Pulsar 220 but carries a more laidback state of tune. This motor delivers 19PS and 17.5Nm. Suspension setup includes telescopic forks and twin shock absorbers. Braking is via a front disc and rear drum with a single-channel ABS setup as standard. 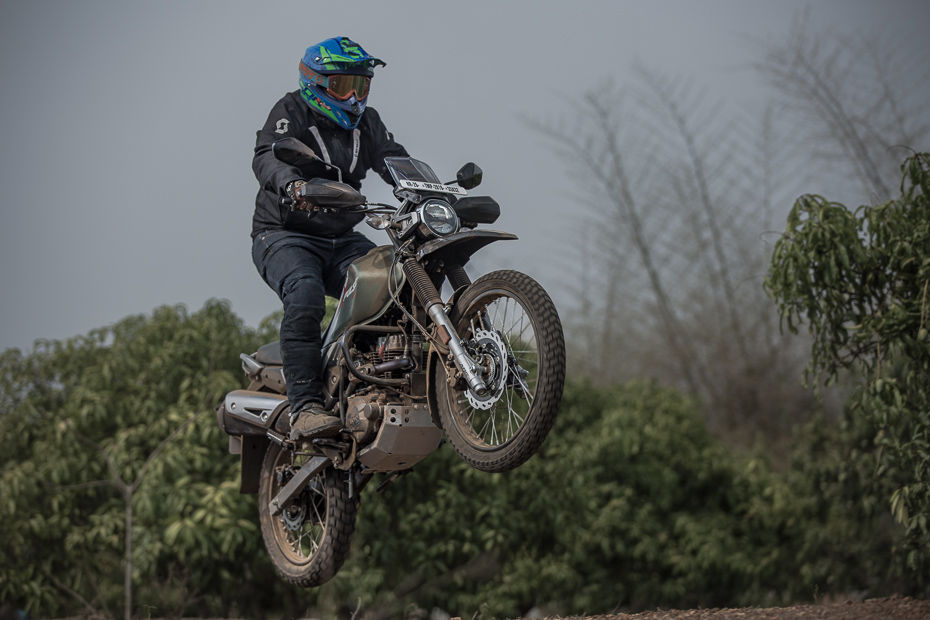 Hero XPulse 200 (Rs 1,05,000):
The most affordable adventure motorcycle in India is by no means less capable than other adventure bikes costing twice, even three times its price. The XPulse 200 has proper offroad cred in the form of long-travel suspension, 12-inch front/18-inch rear spoke wheels and 220mm high ground clearance. It's 199.6cc air-cooled and fuel-injected (available in carb variant as well) motor is a torquey one. It delivers 18.4PS and 17.1Nm which is enough to get this lightweight adventure motorcycle out of sticky situations. Ather 450 (Rs 1,13,715 after FAME II subsidy):
The Ather 450 impresses with its quality and fit and finish, the best we have seen on a scooter, even petrol-powered scooters included. It comes packed with features and offers performance comparable to a 125cc scooter. Features include LED lighting all around, a touchscreen colour TFT instrument console. The level of engineering on the Ather, like its aluminium frame is quite impressive. Also, the Ather pricing plan and charging infrastructure indicates the electric future is bright. If you want to buy the best electric scooter, the Ather 450 is the one to go for.