IIP plunges in Feb while inflation climbs in March 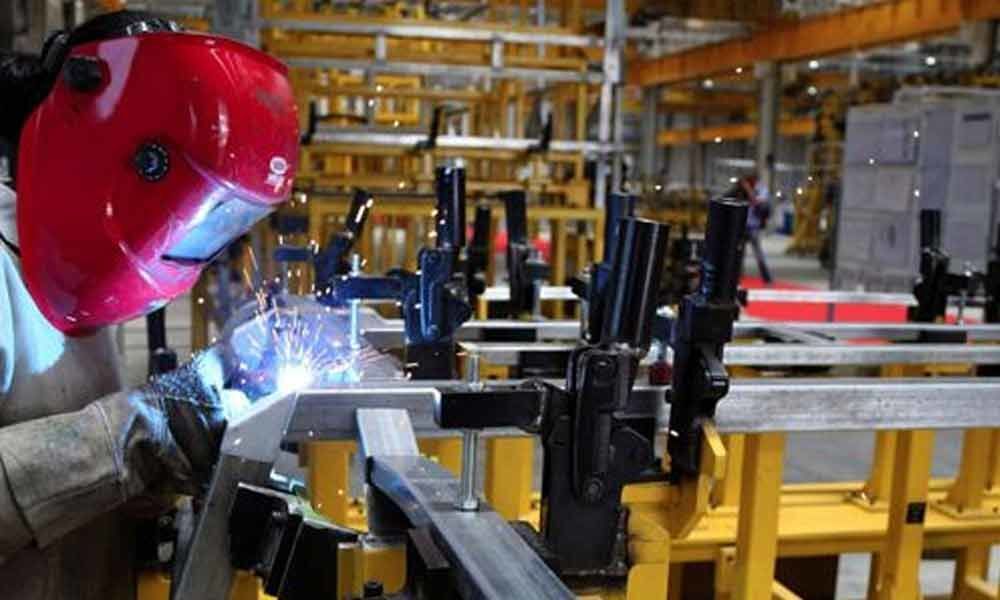 Industrial output hits 20-month low of 0.1% in Feb while retail inflation rises to 2.86% in March

New Delhi: Industrial output growth slowed to a 20-month low of 0.1 per cent in February, mainly due to contraction in the manufacturing sector, while retail inflation climbed to 2.86 per cent, official data showed on Friday.

Factory output, as measured in terms of the Index of Industrial Production (IIP), had grown by 6.9 per cent in February 2018, according to data released by the Central Statistics Office (CSO).

During April-February 2018-19, industrial output grew at 4 per cent as against 4.3 per cent in the same period of the previous fiscal.

Meanwhile, IIP growth for November 2018 was revised downwards to 0.2 per cent from 0.3 per cent released earlier. The previous low in IIP growth was recorded in June 2017, when factory output contracted 0.3 per cent.

The manufacturing sector, which constitutes 77.63 per cent of the IIP, contracted by 0.3 per cent in February as compared to 8.4 per cent expansion a year ago.

Capital goods output declined by 8.8 per cent in the month under review as against 16.6 per cent growth in February 2018. Power sector growth slowed to 1.2 per cent in February as compared to 4.5 per cent a year ago.

Mining sector output grew 2 per cent in the month compared to contraction of 0.4 per cent earlier.

Consumer durables and consumer non-durables recorded growth of 1.2 per cent and 4.3 per cent respectively. In terms of industries, 10 out of 23 industry groups in the manufacturing sector have shown positive growth during February 2019 as compared to the corresponding month of the previous year.

Meanwhile, India's retail inflation ticked up to 2.86 per cent in March as consumers spent more to buy food items and fuel.

The overall food inflation, measured as change in prices of articles in food basket, rose to 0.3 per cent in March, against (-) 0.66 per cent in February, data from the Central Statistics Office (CSO) of the Ministry of Statistics and Programme Implementation showed.