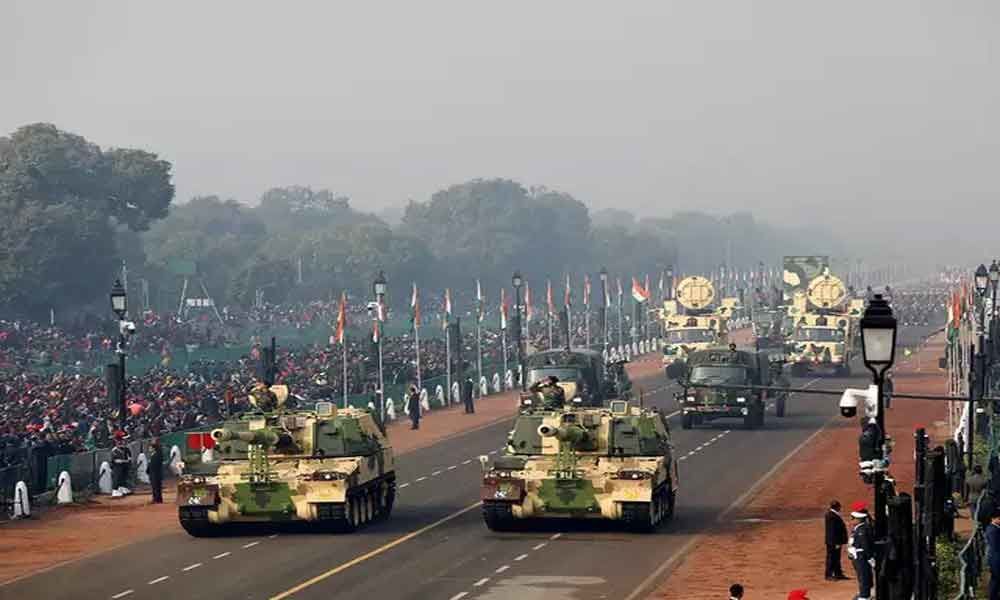 The government allocated 4.31 trillion rupees (USD 62.27 billion) for defence, a 6.6 per cent rise over the previous year.

Mumbai: India is likely to stick to a modest rise in defence spending in the Budget 2019-20 due on Friday because of tight government finances, officials said, further delaying a long-planned military modernisation programme.

India's air force desperately needs hundreds of combat planes and helicopters to replace its Soviet-era aircraft while the navy has long planned for a dozen submarines to counter the expanding presence of the Chinese navy in the Indian Ocean.

The army, a large part of which is deployed on the border with traditional for Pakistan, has been seeking everything from assault rifles to surveillance drones and body armour.

But these plans have been on hold for years because governments have not been able to set aside large sums and most of the defence expenditure goes on salaries and pensions for a 1.4 million standing military, the world's second largest after China.

In an interim budget announced in February before national elections, the government allocated 4.31 trillion rupees (USD 62.27 billion) for defence, a 6.6 per cent rise over the previous year, raising concern at the time it wouldn't be enough for modernisation.

But a finance ministry official told Reuters there was unlikely to be any change to that allocation when Finance Minister Nirmala Sitharaman presents the budget in parliament.

"Defence is our major spending and we give it as much as the budget allows. But this year, a significant rise to what has already been allotted looks difficult," the official involved in the budget preparations said.

China, by contrast, in March announced defence spending of around USD 180 billion, a 7.5 per cent increase over 2018 and faster than the economic growth target. While China doesn't give much break-up, it is largely assumed that a substantial portion of it goes towards modernisation, helped also by a cutback in maintenance costs.

Since Chinese President Xi Jinping took office in late 2012, he has made strengthening and modernising the military a very key part of his policy platform. Part of that has been a reduction in troops by about 300,000 and the money saved in this is invested in much more advanced equipment and research and development.

Indian military planners have also considered restructuring the forces for the last couple of years to reduce manpower costs, but have not moved fast enough. There are 2.4 million defence pensioners at the moment, with approximately 55,000 being added every year.

"We need a lot of funds but it is not very likely to come," a defence ministry official said.

Laxman Behera, a research fellow at the government-funded Institute for Defence Studies and Analyses in New Delhi, said the military's spending on pay, allowances and pensions had risen from 45 per cent to 56 per cent in the last four years.

Share of capital procurement had come down to 18 per cent from 21 per cent during the same period. "Pensions take away a major chunk of India's defence expenditure every year," he said.

The Modi government has also tied military modernisation to its Make-in-India drive to build a domestic industry which has been slow in taking off.

Global defence companies such as Lockheed Martin and Boeing are bidding for a contract to supply the air force 114 combat planes which will be made in India in a deal estimated to be over USD 15 billion.

There will be little movement on the jet contract and another on submarines if no new funds are announced, the defence ministry official said.