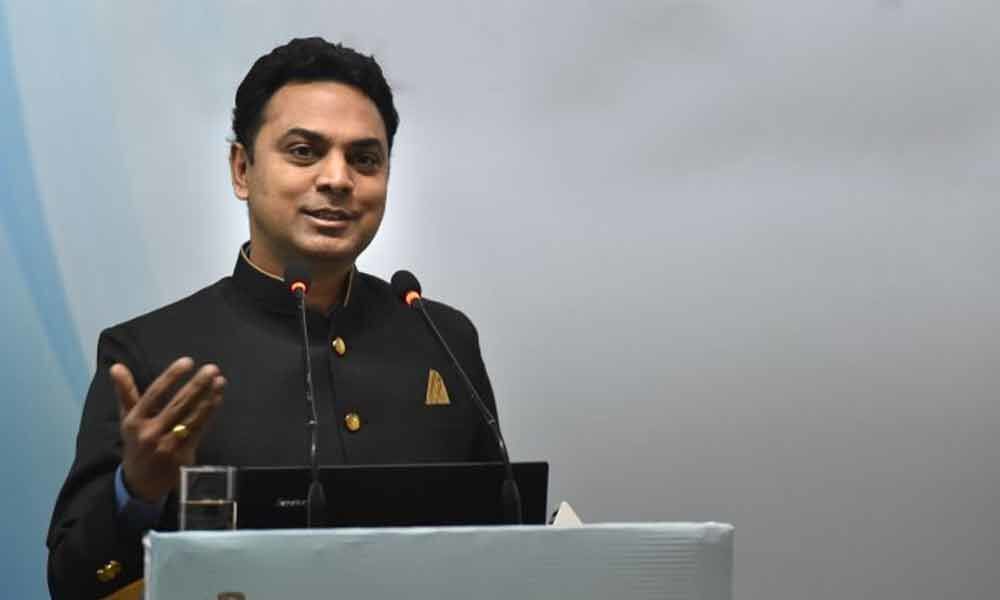 Chief Economic Advisor (CEA) K. Subramanian on Thursday nearly ruled out any fiscal stimulus for the economy saying the mindset of profit being "private", while losses are "public" is not good for the market economy.

New Delhi: Chief Economic Advisor (CEA) K. Subramanian on Thursday nearly ruled out any fiscal stimulus for the economy saying the mindset of profit being "private", while losses are "public" is not good for the market economy.

In a direct criticism of the private sector for petitioning the government every time there are business concerns, the CEA said the attitude that "profit is private, losses are public is not good for market economics".

Addressing the 13th Hero Mindmine Summit, the CEA reiterated that the government cannot be expected to intervene every time some sectors go through a bad phase.

"We have to be careful to not be basically swayed by anecdotes," he said, referring to the widespread concerns of an economic slowdown.

The CEA was of the view that sunrise and sunset phases for industry are usual and expecting the government to support industry during sunset phases can be morally hazardous.

"Since 1991 we are a market economy. There are sectors which go on sunrise and then go through a sunset phase. I think we expect the government to use taxpayers' money to intervene everytime there is a sunset phase and, I think, you introduce possible moral hazard.

"The possibility of a situation where profits are private and losses are socialised is basically anathema to the way market economy functions", he said.

Despite some slowdown, India is still a bright spot in a world that is growing at mere 2-2.5 per cent, he added.

According to Subramanian, as a way to tackle the slowdown, India needs to focus on investment, while reforms should be focused on encouraging investments by private players.

Countries growing at 5 per cent for 10 years had higher investments, the CEA said, adding there is a need for reforms in investment, divestment as well as in labour laws.

"We have to be careful while deciding on any fiscal stimulus. We can't expect government to intervene every time some sectors go through sunset. Not all sectors are doing bad, some are doing well," he said.

He pointed out that it is incorrect to view the ongoing auto sector slowdown as a benchmark for the entire economy.

"To say that auto sector is slowdown is symptomatic of economic slowdown is not precise," the CEA said.

In his address at the event, Power Secretary Subhash Chandra Garg, who was previously Finance Secretary, echoed the CEA's views that there is no necessity of a fiscal stimulus for the economy at this juncture.

Garg also said the country's gross domestic product (GDP) growth during the first quarter of the current fiscal could be in the range of 5.5-5.6 per cent. The official figures are expected on August 31.

The GDP growth in the fourth quarter of the last fiscal came in at 5.8 per cent caused by slowdown in key sectors like agriculture, manufacturing and industry.

Garg's assessment is important as he was the Finance Secretary till July this year and was the top bureaucrat in the ministry during most of the current slowdown that began last fiscal.

The former Finance Secretary also suggested bringing down interest rates rather than giving any stimulus to the economy, adding that the recent surge in bond rates has hurt the economy and would hurt industry even more.

Garg also said there is no global recession at present but strong economies like China which were growing at 13 per cent will slow down to 5 per cent.

"This is year's global growth will actually be higher than the average of past 3-4 years. We might be overblowing the slowdown," he said.

He noted that the first quarter of the last fiscal was the best in terms of economic growth, corporate profit and even in tax collections.

"July-September quarter is usually the quarter when the talk of slowdown is the most pronounced, and we are seeing the same thing this year too," Garg said.

Except in the first quarter of the last fiscal when the economy grew at 8 per cent on account of a change in the calculation base year, the period after that, till date, has seen lower growth rates.

The Power Secretary warned that any stimulus can lead to additional government borrowing, which will stall the bank transmission of RBI rate cuts.

Industry has been meeting with Finance Minister Nirmala Sitharaman to seek a stimulus for the economy, including changes in policy.

Noted economist Omkar Goswami said that time had come for a second generation of reforms. He said that despite huge liquidity in the system, it is very difficult to get credit.

"India will grow at 5 per cent but that's not enough. The reforms introduced in 1991 are coming to an end. The increase in pace of disinvestment will give a positive signal to the economy," he said.