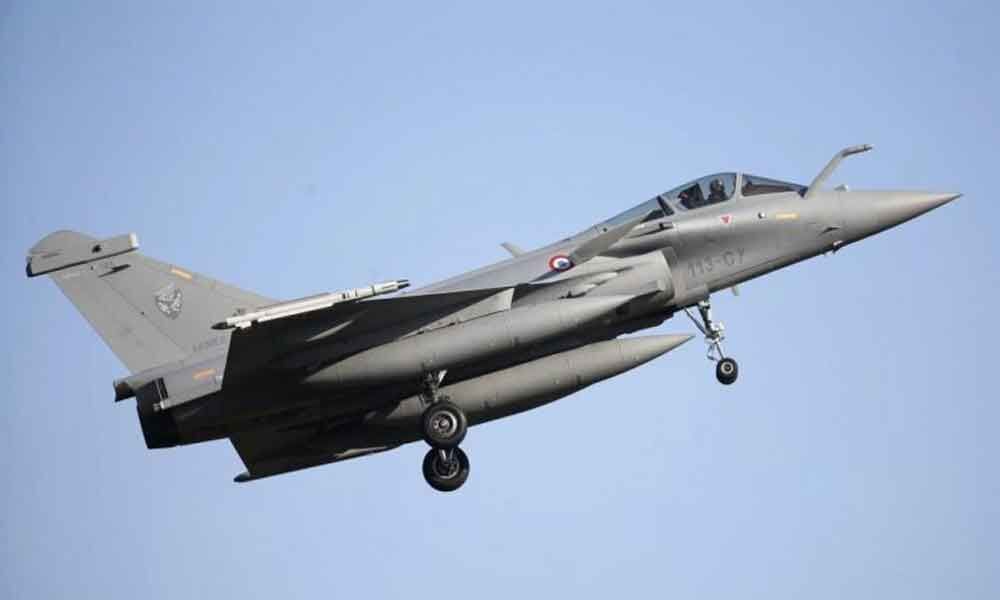 India on Saturday said a French media report linking a tax exemption given to a French subsidiary of Reliance Group and an $8.7 billion fighter jet deal between the two countries was “totally inaccurate.”

NEW DELHI: India on Saturday said a French media report linking a tax exemption given to a French subsidiary of Reliance Group and an $8.7 billion fighter jet deal between the two countries was "totally inaccurate."

French newspaper Le Monde reported on Saturday that France waived a tax demand of 143.7 million euros on a French subsidiary of Reliance Communications in 2015 when it was negotiating to sell the jets to India. The longstanding tax dispute was resolved between February and October that year, Le Monde said.

India's Ministry of Defence said on Saturday the report was drawing a conjectural connection between the tax relief and the jet deal.

"Neither the period of the tax concession nor the subject matter of the concession relate even remotely to the Rafale procurement concluded during the tenure of the present government," the ministry said in a statement.

"Any connections drawn between the tax issue and the Rafale matter is totally inaccurate, tendentious and is a mischievous attempt to disinform."

Alexandre Ziegler, France's ambassador to India, said a global settlement was reached between French authorities and Reliance FLAG in a tax dispute.

"This settlement was conducted in full adherence with the legislative and regulatory framework governing this common practice of the tax administration," he said on Twitter late on Saturday.

"It was not subject to any political interference whatsoever."

Congress has made it a major issue in India's 39-day national election. The allegations have repeatedly been denied by both Modi and Mumbai-based Reliance, controlled by industrialist Anil Ambani.

Reliance said in a statement on Saturday that Reliance FLAG, which runs a cable network and telecom infrastructure business in France, mutually agreed with the French authorities to pay 560 million rupees ($8 million) as tax for the period between 2008 and 2012 instead of the initial demand of 11 billion rupees.

It said that during that period Reliance FLAG business had an operating loss of 2.7 million euros ($3 million).

"Reliance denies any favouritism or gain from the settlement," it said in the statement. "Reliance Flag settled tax disputes as per legal framework in France available to all companies operating in France."

India's Supreme Court said this week it would hear a request for an investigation into the Rafale jet deal.

Under India's defence procurement rules, any company selling equipment must invest at least 30 percent of the contract in India as part of an "offset" clause to help build a domestic manufacturing base and reduce the country's dependence on imports. Dassault has said it picked Reliance Defence as a partner on its own.