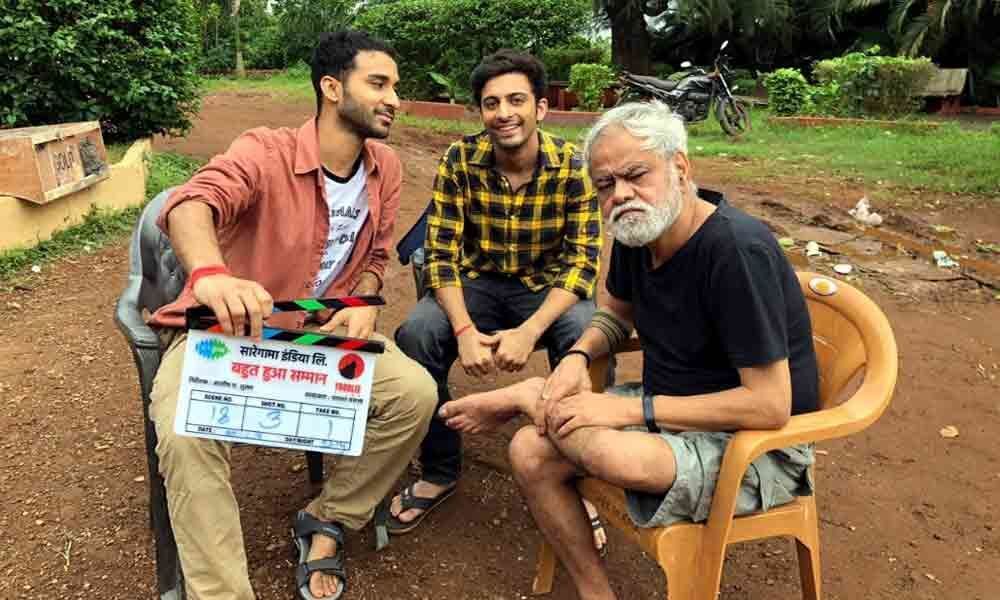 With an eclectic collection of films in it's increasing stable, production house Yoodlee Films has made a distinct mark in the space of content-driven...

Mumbai: With an eclectic collection of films in it's increasing stable, production house Yoodlee Films has made a distinct mark in the space of content-driven cinema over the last 18 months. They have now announced their next film, 'Bahut Hua Sammaan', a madcap comedic caper about the lives of two young engineering students known for their quick con jobs in their college circuit. The film - written by Avinash Singh and Vijay Narayan Verma and directed by Ashish Shukla - has a stellar ensemble cast, with popular dancer-choreographer turned actor Raghav Junyal and debutant Abhishek Chauhan playing the two college students. The rest of the cast includes Sanjay Mishra, Ram Kapoor, Nidhi Singh, Namit Das and Flora Saini in key roles.

Things spiral out of control when two engineering students from BHU, who moonlight as small-time crooks, hatch a disastrous plan to compensate for their failure at the recent college placements.

Baba, a 50-year-old "student" and Marxist encourages them to strike at the very heart of the capitalist system, and rob a bank on their campus. He provides training, wisdom, and know-how, but hides his own agenda in the scheme. Throw in a tough female cop desperate to conceive, a ruthless assassin out there to kill, a conspiracy with a nationwide impact, and you end up with the perfect recipe for disaster.

The film has just gone on floor and will be shot across Mumbai over the next few months.

Director Ashish R Shukla says, " Our film is an exciting caper comedy based in Benaras, and I am thrilled that I get to explore this space with my film with such a stellar ensemble cast. My endeavour is to create something that can dent the prevalent pop culture that surrounds us, with a sense of sharp wit and irony, in a racy comedy of errors. I am very happy that Yoodlee Films has come on board to help me put this story on the screen."

"BHS is a sparkling heartland caper comedy that delivers a relevant message by the end but never flags off on hilarity and bizarreness. We have assembled our best ensemble cast ever, who are bringing in a lot of heart and madness in their performances. With Ashish Shukla at the helm of things, this promises to be a racy, quirky comedic thrill ride and we can't wait for it to come together. This is another firm confident stride in the search of Yoodlee Films for engaging, entertaining and relevant content for a discerning audience", signed off Siddharth Anand Kumar, VP Films and TV and Producer at Yodlee Films.

Yodlee Films' last was titled Noblemen, received great praise for the compelling story and its realistic and sensitive depiction of a thorny topic like bullying in schools and colleges Six of the production house's recent films have gone on the popular OTT platform Netflix, a rare feat for a boutique production studio, less than two years old.