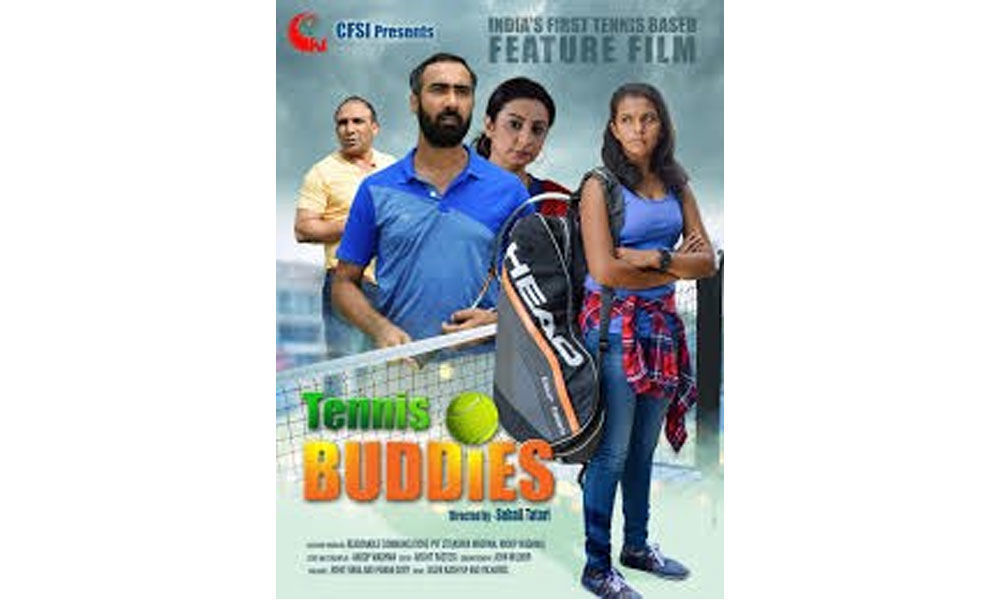 National award winning actress Divya Dutta, who is gearing up for the release of her forthcoming film ‘Tennis Buddies’, feel that any sports film being made in our country should be lauded as India is primarily a cricket loving nation.

National award winning actress Divya Dutta, who is gearing up for the release of her forthcoming film 'Tennis Buddies', feel that any sports film being made in our country should be lauded as India is primarily a cricket loving nation.

Divya Dutta was interacting with the media to promote 'Tennis Buddies' along with her co-actors Ranveer Shorey, Dakshata Patel and director Suhail Tatari on Monday in Mumbai.

When asked Divya whether it was challenge for her being part of 'Tennis Buddies', she said, "I think for me, it wasn't a challenging role because I wasn't playing tennis in the film. I was in air conditioner van all the time and I was shooting the film in the house. I feel first time Suhail (Suhail Tatari – director) gave me an easy role."

Divya said that any sports being made in our country should be lauded, she said, "I feel simple films are most beautiful films. This film has that thing in it which is very simple. The heart of the film is at the right place. We have very films based on sports especially tennis because we are a cricket loving nation so, we don't discuss much about tennis so, when any sports is being made then, I think it should be really lauded. It's a very sweet film with right ingredients. I really had fun being part of it."

Sharing her experience working with Ranveer Shorey and Dakshata Patel in the film, Divya said, "Ranveer of course is like party for me because he is fun and absolutely too talented and she (Dakshata Patel) was like raw energy which is right in your face and which kind of keeps you on your toes all the time and He (Suhail Tatari) is the director who makes simplest scenes little complicated but this time he gave some freedom to his actors."

When asked Ranveer whether it was challenge for him being part of the film where he plays father cum coach of Dakshata Patel, he said, "It was definitely a challenging film when a man like me needs to play game of tennis because I had no clue about tennis apart from watching it. But Anoop ji (Anoop Wadhwa - writer) was kind enough to arrange coaching sessions for me so, I played tennis for 2-3 months. 'Tennis Buddies' appealed to me more importantly because we had very few sports dramas in our country. People often ask why we can't produce better sportspersons in our country so, I feel the more we will generate awareness about sports, it will be less."

Talking about why he decided to be a part of 'Tennis Buddies' film, Ranveer said, "It's a sports drama film and the drama revolves within a family so, that's another thing which attracted me. Since I have become father, playing role of a father has become more attractive to explore those emotions and conflicts. I didn't take much time to say yes to the film because I had a good part and it was a great story."

Sharing his experience working with Divya Dutta and Dakshata Patel in the film, Ranveer said, "I have known Divya (Dutta) for a while now. We have worked together also so, there is certain kind of comfort level working with her but the revelation of this film was Dakshata Patel who has played role of my daughter in the film."

It is directed by Suhail Tatari and it is produced by Children's Film Society India (CFSI).