Mega Project On Cards? OR Shankar Teams up with Chiru? 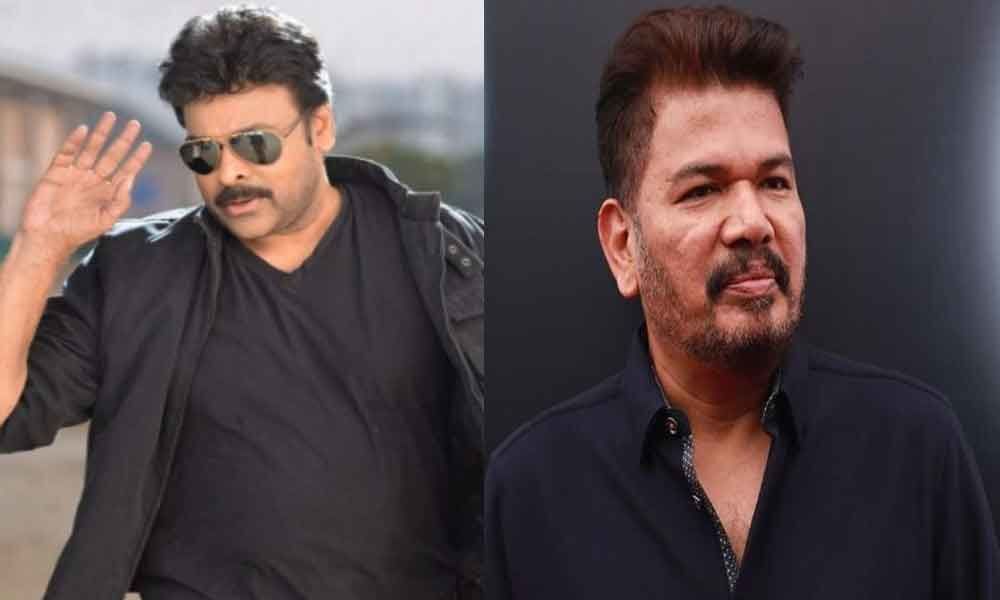 Mega Star Chiranjeevi made his comeback with the film Khaidi no 150.

Mega Star Chiranjeevi made his comeback with the film Khaidi no 150. The film became a big blockbuster and a lot of directors formed lines to get Chiranjeevi's dates again for doing a movie with him. After much discussions, Chiranjeevi has given his nod to Surender Reddy for the historic period drama Sye Raa Narasimha Reddy.

The buzz in the film industry is that Chiranjeevi will next be seen in an exciting project, directed by Koratala Siva. Along with that, Chiranjeevi will also be doing a film in the direction of Trivikram Srinivas.

The latest interesting buzz is that Mega Star is all set to join hands with director Shankar for a visual wonder. The trending rumor in the filmnagar is about the collaboration of this actor and director. Shankar who is currently working with Kamal Haasan on Bharateeyudu sequel is expected to do his next film with Mega Star.

A formal confirmation on the same is awaited.