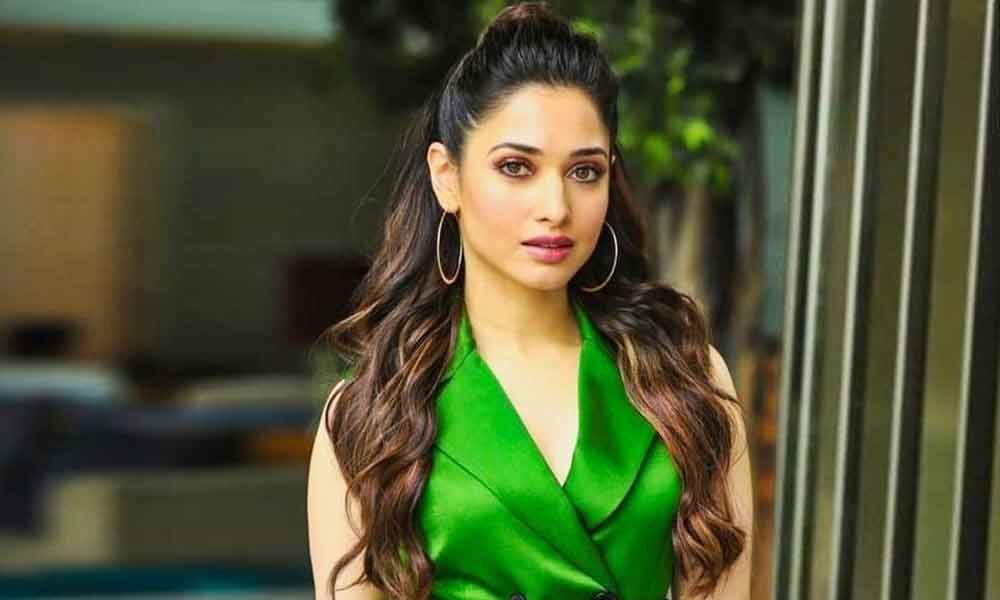 Close on the heels of walking out of ‘Raju Gari Gadi 3’, Tamannaah has reportedly turned down an offer opposite action hero Gopichand recently.

Close on the heels of walking out of 'Raju Gari Gadi 3', Tamannaah has reportedly turned down an offer opposite action hero Gopichand recently.

"Probably, Tamannaah wants to work with big stars. Her team declined the offer claiming that her diary is packed and no dates to spare," says a source, close to the production house.

Now, producer Bogavalli Prasad and young Malayalam director are looking for another top-heroine to begin shooting.

"After sharing screen space with Venkatesh in 'F2', the actress is playing love interest to Chiranjeevi in 'Sye Raa...'.

Hence, she is in no mood to compromise with her top ratings. She is looking for big projects than doing films with lesser-known heroes,' the source adds.

Earlier, she also declined to do a lady-oriented action film and wants to play female lead opposite top-rung stars. "It was a full-fledged action role to re-define her glam girl image.

Being produced by an NRI, the actress has given her nod to play an author-backed role to be shot entirely in picturesque Malaysia but she dropped out," the source adds.

Apart from 'That is Mahalakshmi', the remake of Hindi film 'Queen', the actress has no plans to do horror or female-centric movies after duds like 'Abhinetri 2.'

Even her recent stint in Tamil movies, didn't give her reason to be happy, as her films like 'Sketch' with Vikram and 'Kanne Kalaimaane' couldn't the set box office on fire.

She is aiming to work with Telugu superstars. Are filmmakers listening?