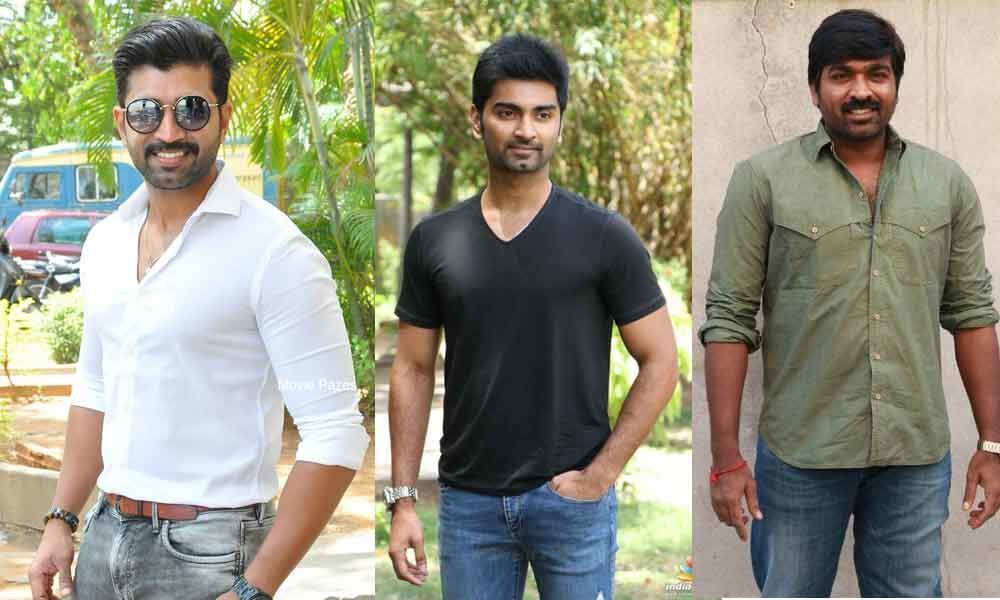 With the arrival of one of the most-happening Tamil star Vijay Sethupathi, who is debuting in ‘Sye Raa…..’

With the arrival of one of the most-happening Tamil star Vijay Sethupathi, who is debuting in 'Sye Raa…..', it looks like Tamil stars are planning to expand their horizons in the two Telugu states.

His colleague Atharva, who was seen in Tamil movies like 'Eetti' and 'Kanithan' is also debuting as a hero in Telugu movie 'Valmiki' and takes on the might of baddy Varun Tej in this Tamil remake.

"No doubt, Vijay Sethupathi's arrival in T-town is a good sign. He is a very talented actor and can slip into the skin of any character with ease. He is playing a Tamil warrior, who supports 'Sye Raa Narasimha Reddy, in his struggle against British army.

Vijay is doing another film 'Uppena' and it looks like he is here to stay," says director Srikanth Addala, who feels that more Tamil stars could be trying to expand their market.

"Riding on their talent, Tamil heroes are looking to push the boundaries and win the love of Telugu audience as well," he adds.

Another young hero Atharva is also testing T-town waters with 'Valmiki'. Earlier, he had played some lover boy and action-centric roles in K-town.

"Atharva is not very popular among the Telugu viewers because his films haven't been dubbed in Telugu. His movie 'Kanithan' is being remade in Telugu with Nikhil as 'Arjun Suravaram'.

He will be hoping to make a mark in Telugu films as well," says producer Anil Sunkara.

Tamil actor Arun Vijay, is doing a pivotal role in much-hyped 'Saaho' and takes on the cudgels against action star Prabhas in the action adventure. "Arun Vijay is gaining ground in Telugu films after not-so-impressive 'Bruce Lee'.

He is good looking and talented. He will be ideal baddy to gen-next Telugu stars in days to come," says director Srinu Vaitla, who feels that Aadhi Pinisetty stamped his presence with blockbusters like 'Sarrainodu' and 'Ninnu Kori' and also in a small budget movie 'U Turn'. "Aadi has more reasons to settle down in Tollywood.

Apart from being a Telugu-speaking actor, he is the son of yesteryear director Ravi Raja Pinisetty and would like to cement his position among young Telugu stars," says director Ravi Babu, who feels that other Tamil stars may not jump the T-town bandwagon.

"Arvind Swamy didn't do more Telugu films after 'Dhruva'. They would prefer good roles over a T-town career."